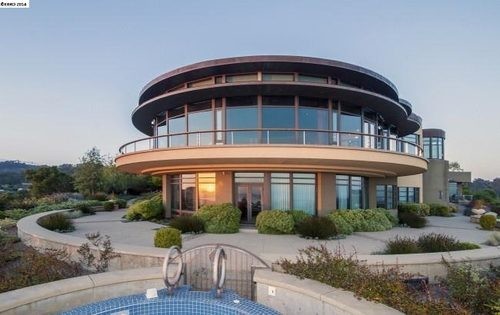 Last week, news broke that an Oakland hills home sold for a record price of $20.5 million, making it the most expensive house in Alameda County. Real estate agents involved in the deal declined to disclose the identity of the purchaser, except to assert that the person is a "local."

But according to public records, the new legal owner is not a person and is not local. The extravagant house was bought by a shell company recently incorporated in the state of Delaware called Devon Bay, LLC. It's unclear who might be behind the shell company. Delaware law allows for the creation of limited liability companies that do not have to disclose the identities of their owners and board members. 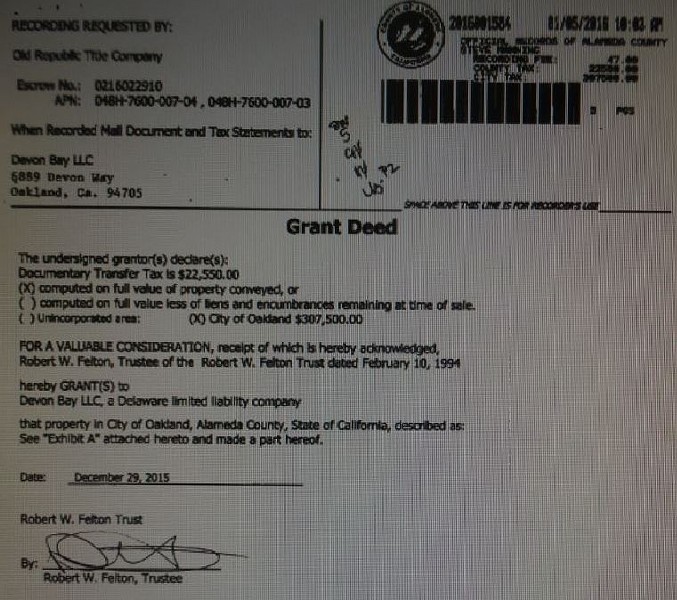 The 14,000 square foot house is located at 6889 Devon Way in the hills of Oakland straddling the Berkeley border. According to marketing materials, the home includes four bedrooms, five full bathrooms, six half bathrooms, and seven fireplaces. The house has its own 400 vine vineyard of Pinot Noir and Chardonnay grapes and a 2,500 bottle wine cellar with its own tasting room that looks out on the Golden Gate Bridge. Occupying its own solitary 20-acre hilltop, the estate also includes a 60-foot lap pool, a kennel, a 16-car garage, and a 250-gallon saltwater aquarium.

According to the California Secretary of States's corporation database, Devon Bay, LLC was incorporated on November 12 last year in Delaware. The shell company's local address is the same as the San Francisco office of Withersworldwide, a London law firm that specializes in representing super-wealthy families.

Representatives of Withersworldwide did not respond to requests for comment.

The use of Delaware shell companies to purchase luxury real estate is legal, but it has also has come under the increasing scrutiny of government investigators and tax policy experts because the super wealthy often use LLCs to dodge taxes and shelter wealth. A series of stories in The New York Times last year found that wealthy buyers from all over the world are using shell companies to scoop up real estate in the most expensive US markets. Earlier today the US Treasury Department announced that it will begin tracking the purchase of luxury real estate by secretive buyers using LLCs.