Air Board Okays New Refinery Rules, But Does Not Block Tar Sands

December 17, 2015
comment
Measures that many hope would keep tar sands out of the Bay Area are still in limbo after Wednesday’s meeting of the Bay Area Air Quality Management District. In that meeting, however, the air district board did approve three plans to reduce toxic emissions from specific processes within oil refineries. 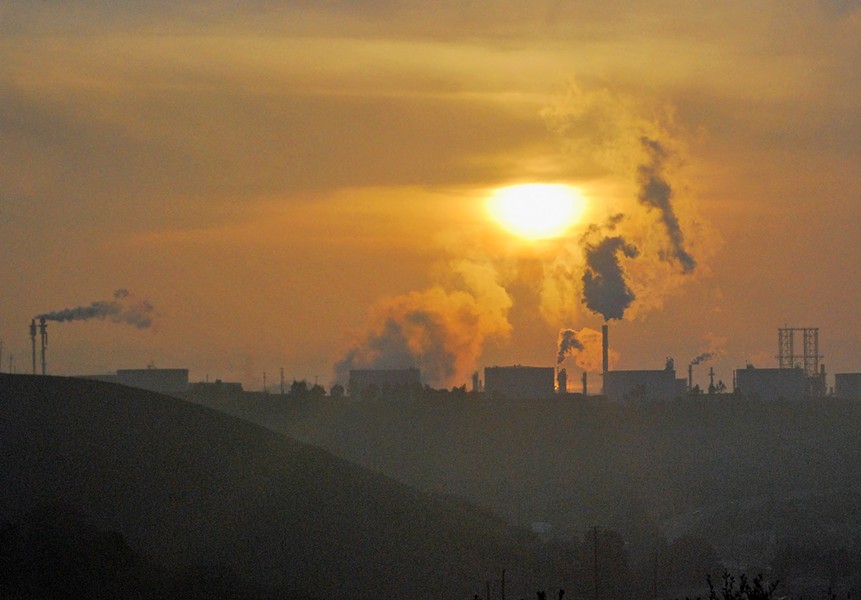 Last month, the board decided to remove a scheduled vote on more comprehensive regulations of refinery emissions from its December 16 agenda, to give staff more time to meet with stakeholders. Controversy over the proposed rules has been ongoing since the rulemaking process started more than four years ago. When the board postponed the vote, it did not adopt a new timeline, but there was discussion of setting one in December. The agenda for Wednesday’s meeting, however, included no mention of this item.

Despite that omission, members of community and environmental organizations flooded the meeting, filling the boardroom and all three available overflow rooms. About seventy people gave public comments urging the board to act quickly to cap refinery emissions at their current level. That would make it impossible to refine oil from Canadian tar sands, which generates much higher levels of pollution and greenhouse gases.


Benicia resident Marilyn Bardet voiced a fear many share — that new projects aimed at bringing tar sands crude into the Bay Area will be approved before the board adopts new rules. The Valero refinery in her town is now seeking permission to build a rail terminal to bring in “North American crude” — tar sands from Canada and fracked crude from North Dakota. This year the air district approved new projects at Chevron and Phillips 66 that environmental scientists say will result in the refining tar sands oil.

Air District Executive Director Jack Broadbent responded that staff needed more time “work with the community” to develop a revised proposal. He said a new rule on tracking refinery emissions would by ready in “the first quarter” of 2016, and a rule on actually regulating emissions in the “second quarter.” At the end of the meeting, Supervisor John Gioia, who represents Contra Costa County on the Air District board, bargained with Broadbent for a more specific deadline. They agreed on May.

Despite Broadbent’s continued insistence that the air district does not have the authority to set caps on emissions, community representatives said they are needed. Walter Pope of the San Francisco Sierra Club argued for immediate caps on greenhouse gas emissions, saying, “We are in apocalyptic times.” Several health care providers said caps are also needed on harmful pollutants that sicken and kill people living near refineries. One gave a vivid description of the “minute to minute terror” of patient with damaged lungs “struggling for every breath.”

In the discussion of the rules adopted on Wednesday, which called for measures to reduce leaks of harmful pollutants from three specific refinery processes, a series of representatives from Bay Area refineries called on the board to delay approval until the rules could be revised. They cited a variety of technical problems they said would make the rules unworkable. In the end, the board adopted the rules but agreed to give refineries a longer time to implement one of them.

These rules, said Broadbent, will go a long way toward meeting the goal set by the board last year — to reduce emissions of certain pollutants by 20 percent by 2020. He said the three rules passed on Wednesday would reduce emissions by 14 percent.