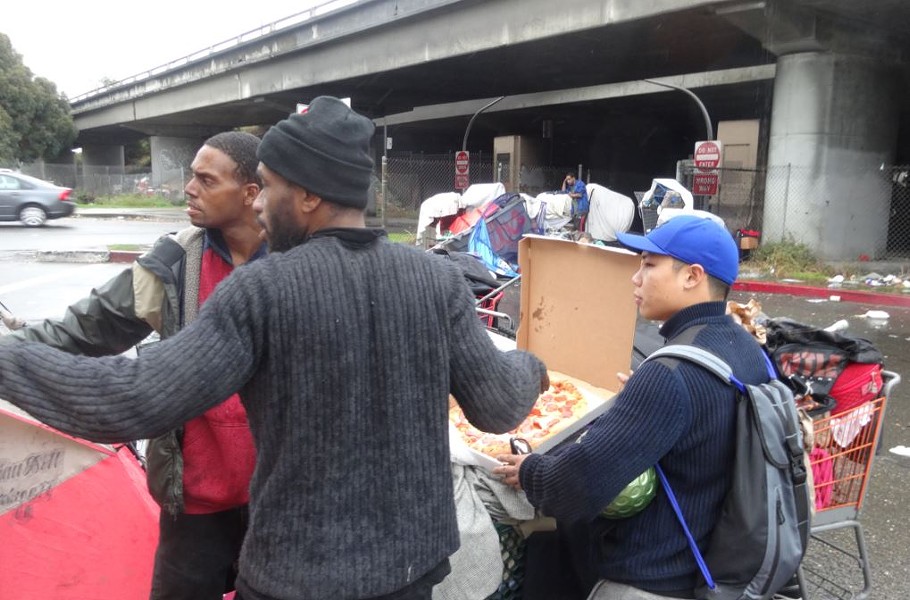 The California Department of Transportation and the California Highway Patrol evicted a homeless camp from underneath the 880 Freeway bridge in downtown Oakland today in the middle of a rainstorm. CalTrans used state prison parolees working through the Golden State Works program to throw away tents, mattresses, and other belongings in order to clear the camp.

"We got nowhere else to go, and it's raining," said a man who identified himself as Kevin. Kevin has been living under the bridge for several months along with at least a dozen other people. "We had something under the bridge, out of the rain. We cleaned up the area, and we're not bothering nobody," Kevin said.

Officer Sean Wilkenfeld of the CHP said the camp's residents had been given advanced notice that a cleaning crew would be coming sometime between November 30 and December 4, and that they would be ordered to move out from under the bridge. "We got complaints," said Wilkenfeld.

"This is our property," said a Caltrans supervisor at the scene who did not give his name. "They're trespassing." 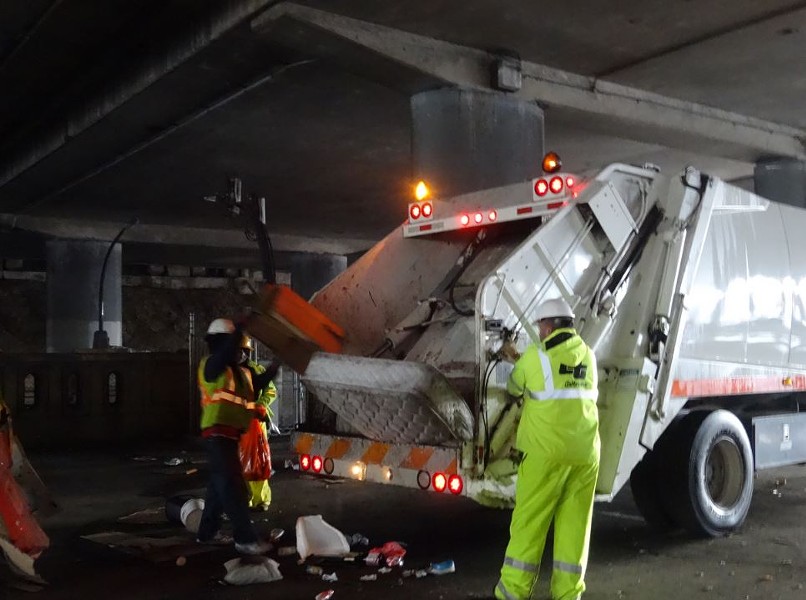 Officer Wilkenfeld said the homeless camp was creating a biological hazard by scattering drug needles around the area, and that some residents of the camp had tapped into electrical lines.

Another homeless man who did not give his name said he had left the camp to buy food for himself and others when the Caltrans crew and CHP arrived. "It's messed up, them doing this to us in the pouring rain," he said. The man claimed that he was unable to save some of his belongings because they were thrown into a garbage truck's compactor.

"If feels safer over here than it does just out walking the streets," said a woman who lived in the camp. She said she and her husband, who are both homeless, have been attacked while living and sleeping at other locations around Oakland, but that the Caltrans site, an empty and unused parking lot under the bridge, was a place where people looked out for each other.

About two dozen Golden State Works employees were at the camp for more than an hour clearing the site and throwing homeless people's belongings into a trash compactor. The Golden State Works program is run by the California Department of Corrections and Rehabilitation in cooperation with Caltrans. Parolees from state prisons enroll in Golden State Works and can earn the city's minimum wage of $12.25 an hour while cleaning up litter, but the crews are sometimes used to remove homeless encampments. 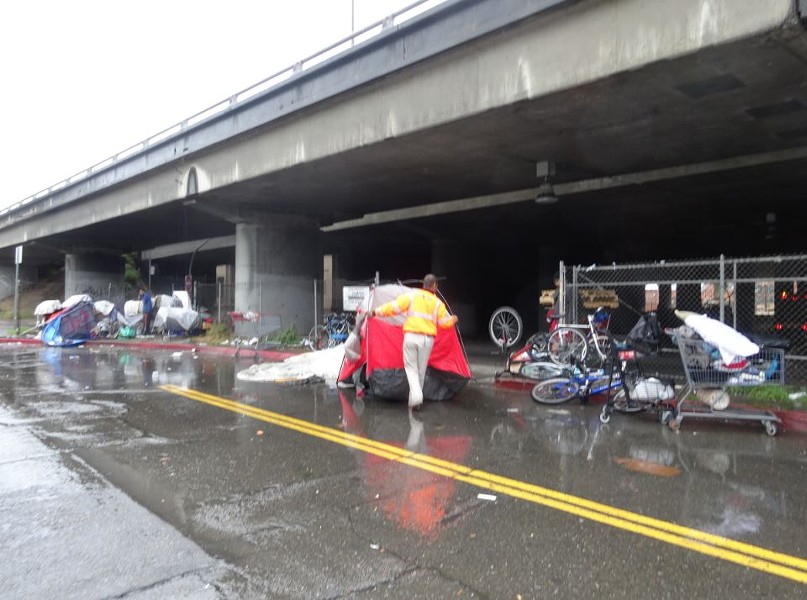