In April, California civil rights groups documented the many ways in which the state's traffic courts trap people in poverty with exorbitant fines for minor infractions and punitive license suspensions when they miss a single payment or court date. In response, Governor Jerry Brown signed into law an "amnesty program" that began in October and is designed to provide some relief to low-income people suffering from insurmountable debts and license suspensions. But as I outlined in this week's paper, legal aid groups say the program is significantly flawed and inaccessible to many of the state's most vulnerable residents — particularly in Alameda County, which has adopted a number of harsh policies.

Last week, after I told Alameda County Superior Court Executive Officer Chad Finke about the case of Oakland resident Clive Salmon — who has been unable to reap any benefits from the governor's amnesty program — Finke said the court would revisit its policies. Now, Finke said, officials have decided to eliminate one of its overly punitive rules that has blocked Salmon from taking advantage of the amnesty initiative.

From my piece this week, here's a rundown of the basic rules of the amnesty program, which ends March 31, 2017:


People with unpaid traffic debts can get 50-percent reductions on the fines they owe. But that's only if their tickets were due before January 2, 2013. Low-income residents — who receive certain public benefits or live below the federal poverty level — can receive 80 percent reductions on pre-2013 tickets. Defendants can also get their licenses reinstated if they are "in good standing" on a debt payment plan. People with tickets due after January 1, 2013 are not eligible for any debt reductions, but they can apply to get their licenses back while they're making payments.

The state, however, left it up to county courts to interpret what "good standing" means — and until this week, Alameda County had implemented this portion of the program in a way that advocates said clearly contradicted the intent of the law. The initiative was designed to correct one of the cruelest features of traffic court — that when the system suspends people's driver's licenses, they lose their jobs and income and then struggle even further to pay off their debts. Instead of requiring defendants to pay off all their debts before getting their licenses reinstated, state officials decided that they should regain driving privileges while they're in the process of making payments. That's how many local courts implemented the policy — but not Alameda County.

Since October, many courts are now allowing defendants with traffic debts and suspensions to get license reinstatements once they make a single installment on a payment plan and are thus considered in "good standing." Alameda County, however, decided that defendants would only be in good standing if they paid off every single payment they had missed on a payment plan.

Salmon — the Oakland resident featured in my story, who has legal support from the East Bay Community Law Center — has struggled with homelessness and unemployment and has been unable to pay fines tied to two minor traffic tickets over the last two years. The resulting license suspension has prevented him from getting multiple jobs, and he can't afford to pay the more than $1,000 he now owes. 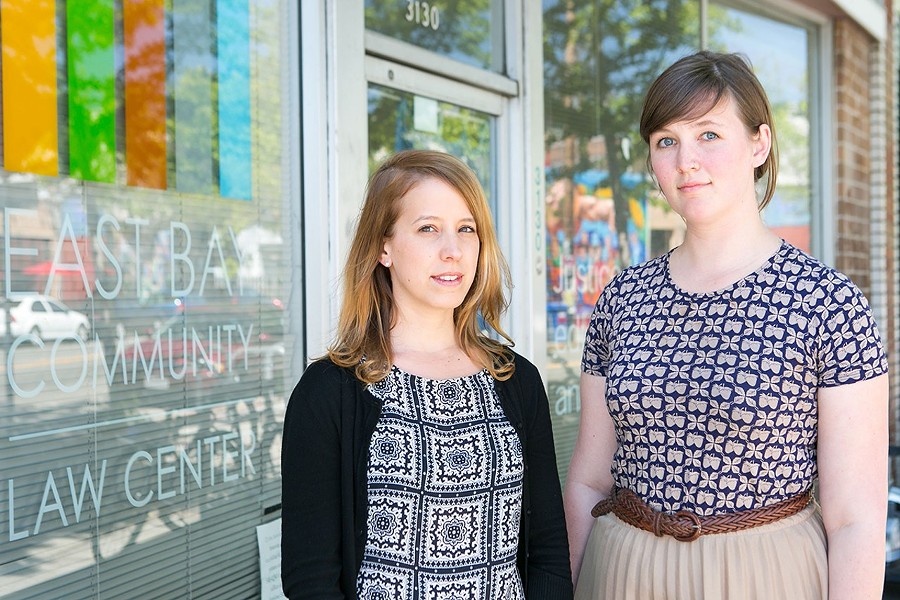 When Salmon tried to start making payments last week in hopes of getting his license immediately restored, AllianceOne, the private company that does debt collection services for Alameda County Traffic Court, said he would have to pay $957 upfront to be in "good standing" — meaning, due to Alameda County's strict interpretation of the law, he was required to pay nearly all of his debts in full.

When I explained Salmon's situation to Finke last week, Finke noted that there was no clear statewide definition of "good standing" and that Alameda County would consider whether it could reinterpret that portion of the law. Late yesterday afternoon (after my print piece went to press), Finke told me that court officials met yesterday and decided to make this policy fairer for people who have missed many payments and are trying to get their licenses back. Instead of requiring the full repayment of all debts owed, the court will only require a single installment. "This is more in line with how other courts have interpreted the statute," he said in an email.

That fix won't address many of the broader concerns advocates have raised about the amnesty program and the ways in which traffic courts continue to disproportionately punish low-income people. But the Alameda County revision could make it a lot easier for someone like Salmon to get his license back and get a job — which could also help him pay off his debts.