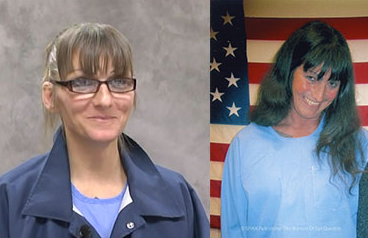 In a move that advocates said is a major victory for transgender rights, California has implemented a policy enabling transgender prison inmates to access sex reassignment surgeries behind bars. The policy, which went into effect yesterday, is the first of its kind in the nation and comes on the heels of two legal battles led by the Transgender Law Center, an Oakland-based organization. The new rule establishes a process by which trans inmates can request surgery and sets specific criteria for prison officials to use when determining whether to grant the requests.

The California Department of Corrections and Rehabilitation (CDCR) — like jail and prison systems across the country — houses inmates in facilities that correspond to the gender assigned to them at birth. That means that unless they have completed reassignment surgery, trans women are forced to live in men's prisons and vice versa. Denied access to facilities that match their gender, trans inmates face a wide range of harassment, violence, abuse, and discrimination behind bars, according to prison reform advocates and LGBT rights groups. One report found that in California, 59 percent of trans inmates said they were sexually assaulted compared to 4 percent of the general population.

And according to data CDCR sent me last month, there are currently 363 trans women living in men's prisons in California and 22 trans men in women's prisons. Those numbers refer to inmates who are undergoing hormone therapy for "gender dysphoria," the medical term CDCR uses to describe trans inmates.

Advocates hope this week's policy change will not only help ensure that California trans inmates have access to surgery if they request it, but will also set the stage for other prison systems to follow suit. “By adopting this groundbreaking policy, California has set a model for the rest of the country and ensured transgender people in prison can access life-saving care when they need it,” Kris Hayashi, executive director of Transgender Law Center, said in a statement today.

The law center represented two trans female inmates who sued California, arguing that the state had denied them medically necessary care when the prisons refused to grant them surgeries. In April 2014, the center won a preliminary injunction on behalf of one of the women, Michelle Norsworthy, with a ruling ordering the state to provide her with "adequate medical care," including surgery. The state, however, appealed the decision and then released Norsworthy on parole before the legal battle about her medical care was resolved.

The state settled the second Transgender Law Center case in August, agreeing to pay for the surgery of Shiloh Quine, another trans female inmate who is serving a life sentence. That settlement, which was the first of its kind in the nation, also stipulated that Quine would transfer to a women's prison after the surgery. Quine was featured in The Women of San Quentin: Soul Murder of Transgender Women in Male Prisons, a book by Berkeley-based journalist Kristin Schreier Lyseggen, who I recently interviewed.

Joyce Hayhoe, spokesperson for the California Correctional Health Care Services (which is responsible for medical care in prisons), told me today that she believes that no other prison system in the country has completed sex reassignment surgeries for inmates, meaning Quine will be the first. The new policy, Hayhoe said, is effective immediately. You can read the full eight-page policy here.

Under the guidelines, inmates with "gender dysphoria" can request an evaluation for sex reassignment surgery. Ultimately, a "Sex Reassignment Surgery Review Committee" — made up of two medical physicians, two mental health physicians, and two psychologists — will vote on whether to grant the request, according to the policy. The guidelines direct the committee to review the inmate's current treatments (such as hormones for "gender dysphoria") and consider "whether other ameliorative treatments besides [surgery] should be considered for addition to the existing regimen of treatment(s)." The guidelines also include a long list of specific eligibility criteria (see page three) including evidence that the "patient is in significant distress due to gender dysphoria," and that "the patient has continuously manifested a desire to live and to be accepted as a member of the preferred sex, including the desire to make his/her body as congruent as possible with the preferred sex, for at least two (2) years; has lived full-time in his/her desired gender role for at least 12 months..."

The state will also only grant surgeries to inmates who have more than two years remaining before their anticipated parole or release date, according to the guidelines. An inmate who is denied can re-submit a request one year later.

“I suffered for decades as my identity, my medical needs, and my very humanity were denied by the people and system responsible for my care,” Norsworthy said in a statement released today by the Transgender Law Center. “I am beyond proud to have been part of the movement to make this policy happen, and I know it will change and save the lives of so many women still fighting for survival in men’s prisons.”

Trans advocates, who often prefer the term "gender-affirming surgery," have long argued that trans prisoners should have access to facilities and programs that match their gender regardless of whether they have had a surgery.

For more on the struggles of trans women behind bars, check out "When Women Are Sentenced to Male Prisons" and our 2013 cover story, "Transphobia."