1. Vanessa Cordova, a Kensington elected official who has been allegedly harassed by a rogue cop in her town, said she was told by the FBI to leave the area for an indefinite period because of “credible threats” to her safety, the Bay Area News Group$ reports. Cordova, who is a member of Kensington’s governing board, has filed a harassment complaint against police Sergeant Keith Barrow. Earlier this year, Cordova led the push to oust Kensington’s police chief because he botched an investigation into Barrow, after Barrow had his gun and badge stolen from a Reno prostitute. The FBI declined to comment on Cordova’s assertions. 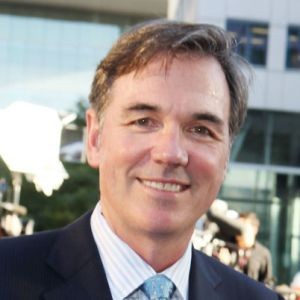 2. The wealthy community of Saddleback, within the exclusive Contra Costa County town of Blackhawk, is home to many of the top water wasters in the East Bay, the Bay Area News Group$ reports. Saddleback residents include Oakland A’s President Billy Beane, who is the third largest water waster in East Bay MUD’s service area, and a retired Chevron oil exec who is the biggest water hog. In all, 28 of Saddleback’s 53 homes have been guzzling more than 1,000 gallons of water a day — four times the East Bay average — during the historic drought.

3. In order to stave off the devastating effects of rising oceans due to climate change, the Bay Area needs to restore 54,000 acres of wetlands around San Francisco Bay, the Mercury News$ reports, citing a new comprehensive study. Sea levels are expected to rise by two feet by 2050 and five feet by the end of the century.


4. The City of Oakland has a hired a new financial consultant — Mitchell Ziets from Tipping Point Sports of New York — to help work on deal to build a new stadium for the Oakland Raiders on the Coliseum site, the Chron reports.

5. And Jerry Brown announced that he and his wife are moving into California’s historic governor’s mansion following a multimillion-dollar renovation, the SacBee$ reports. Brown famously eschewed the mansion during his first stint as governor, preferring to live in an apartment.