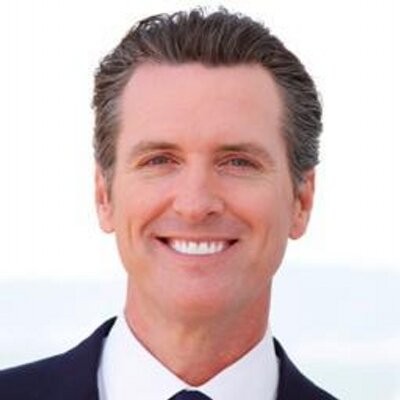 1. Lieutenant Governor Gavin Newsom, who is widely expected to run for governor in 2018, is launching a statewide initiative today to put a sweeping gun control measure on the November 2016 ballot, the LA Times$ reports. Newsom’s proposal, which comes amid a series of mass shootings around the country, would require background checks for ammunition purchases and ban the possession of large-capacity magazines. Newsom also is expected to strongly back a measure to legalize marijuana for adult recreational use on next year’s ballot.

2. Faculty members at California State University campuses, including Cal State East Bay, are gearing up for a strike vote on Monday, KQED reports (h/t Rough & Tumble). Faculty members, who are in a contract dispute with CSU, want a 5 percent salary hike and additional 2.65 percent for the lowest paid instructors. CSU is offering a 2 percent across-the-board pay increase.


3. Folsom Lake, which is one of California’s major reservoirs, is at its lowest level in more than twenty years and is at just 17 percent of capacity because of the four-year drought, the SacBee$ reports. The reservoir is expected to reach record low levels by the end of this month.

4. The City of Fort Bragg in Northern California has rescinded its mandate that restaurants only use paper plates and disposable utensils following an uproar from local business owners, the Chron reports. Fort Bragg had instituted the mandate because its main water source is at dangerously low levels because of the drought.

5. California corrections officials revealed that they have allowed inmates with violent criminal records to fight wildfires in the state for the past two decades, the AP reports (via SFGate). Officials said that they allow inmates who have exhibited good behavior and are considered not at risk to fight wildfires.

6. And Oakland city leaders are asking for the public’s input into revising the city’s downtown plan, the Trib$ reports.