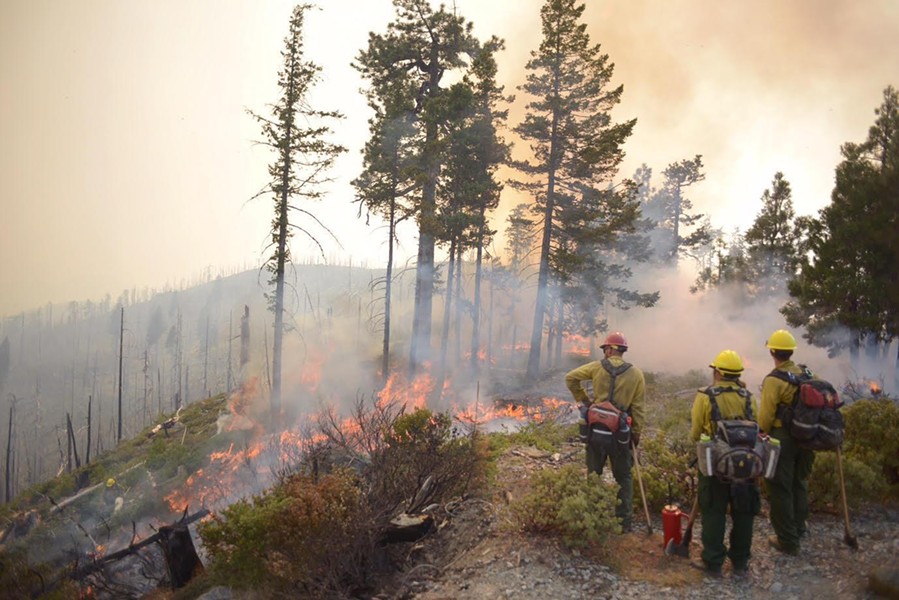 1. The massive Butte Fire, which has killed two people and ravaged more than two hundred homes in the Sierra foothills, may have been caused by a PG&E electrical line coming in contact with a tree, the Chron reports. The blaze, which has burned 72,000 acres in Amador and Calaveras counties, is one of three major fires still burning in the state. The two people who are confirmed dead as a result of the fire apparently refused orders to evacuate their homes.

2. Sea level rise from climate change in the coming decades will seriously threaten wetlands in San Francisco Bay and the Sacramento-San Joaquin River Delta, the CoCo Times$ reports, citing a new scientific study. The study’s authors say the Bay Area needs to build up the region’s wetlands — which protect the coastline and keep area waters healthy — with sediment, because human-made dams and river diversions have blocked natural sediment from accumulating.

3. Authorities found a body believed to be that of one of the four missing people in the fast-moving Valley Fire in Lake County, just north of Napa County, the Chron reports. The corpse was discovered near the search for Leonard Neft, a former San Jose Mercury News reporter, who went missing in the wildfire last weekend. Officials are still searching for three other missing people.


4. The proposed medical pot regulations awaiting the governor’s signature might bar people with drug-related felony convictions from being involved in the state’s cannabis industry, the Chron$ reports. Activists say this aspect of the proposed regulations, which was backed heavily by law enforcement groups, could disproportionately exclude African Americans and Latinos in the state who have been targeted by police for drug offenses.

5. Good government advocates, including Bob Stern, the author of California’s primary campaign finance and ethics laws, are proposing a ballot measure that would require the disclosure of donors in so-called dark money political campaigns, the SacBee$ reports. Currently, dark money groups — nonprofits — don’t have to reveal the names of their contributors.

6. The Berkeley City Council voted to delay making a decision until November on a proposal to raise the city’s minimum wage to $19 an hour by 2020, Berkeleyside reports. Small business owners warned that the proposed wage hike could force them to close.

7. And there appears to have been a consensus among political analysts that Carly Fiorina, the former Hewlett-Packard CEO, won last night’s Republican presidential debate.