1. The Berkeley City Council is scheduled to consider a proposal tonight to raise the minimum wage to $19 an hour by 2020, Berkeleyside reports. The proposed increased, put forward by the city’s Labor Commission, would give Berkeley the highest minimum wage in the region. The Berkeley Chamber of Commerce is expected to oppose the plan — which was proposed by the Labor Commission without input from the city’s business community. 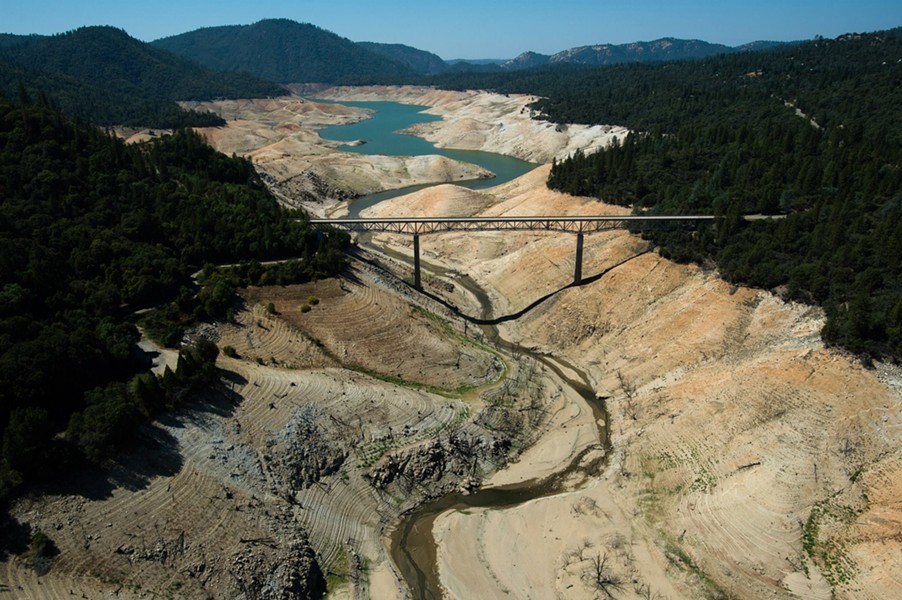 2. The snowpack in the Sierra Nevada last winter was the lowest in more than five hundred years, the LA Times$ reports, citing a new study by paleoclimatologists in the journal Nature Climate Change. Although the four-year drought has had a punishing effect on water supplies on the state, scientists said that higher-than-normal temperatures also impacted the mountain snowpack. The snowpack accounts for at least one-third of California’s water supplies.


3. A retired teacher with advanced multiple sclerosis died in the fast-moving Valley Fire that roared through Lake County over the weekend, ravaging two towns — Middletown and Cobb — and decimating the popular resort Harbin Hot Springs, the Chron reports. Barbara McWilliams, 72, was unable to flee from the blaze because of her illness.

4. Governor Jerry Brown warned that, because of climate change, wildfires and droughts likely will worsen in California in the decades ahead, the LA Times$ reports. There are currently three major, destructive fires burning in the state, and the Mercury News$ notes that the worst part of the fire season may be yet to come.

5. And the California building industry has asked the US Supreme Court to overturn a California Supreme Court ruling that had upheld the right of cities to require developers to include affordable housing in their condo projects, the Mercury News$ reports. The appeal stems from San Jose’s so-called inclusionary zoning law.