1. Governor Jerry Brown’s Office is working feverishly behind the scenes to craft compromise amendments to his landmark climate change bill, the LA Times$ reports. The legislation seeks to reduce gasoline consumption by 50 percent by 2030, and has faced fierce opposition from the powerful oil industry. The governor’s team is working on amendments to mollify moderate Democrats in the Assembly who have balked at the bill. The amendments likely will include guarantees that state regulators would be prohibited from rationing gasoline — a fear that the oil industry has promulgated, even though there are no plans to do so. 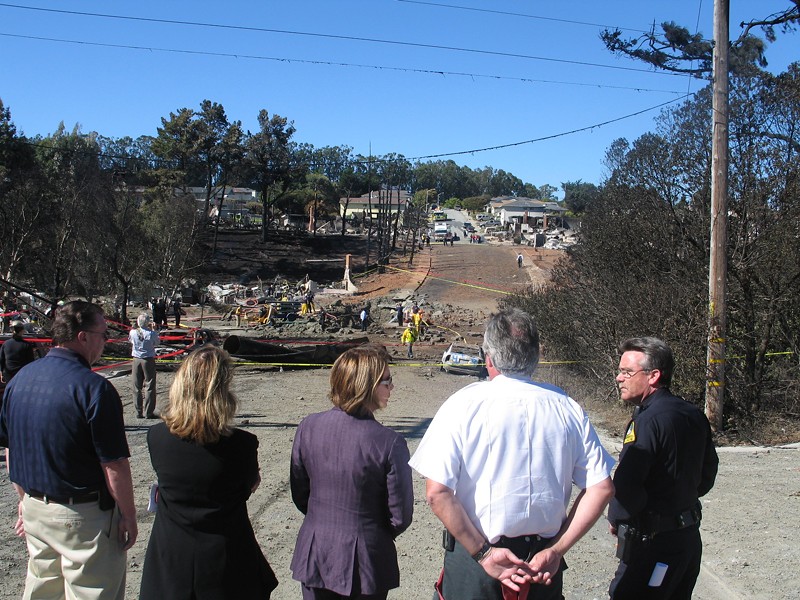 2. Five years after the deadly blast pipeline blast in San Bruno, PG&E’s gasline safety record is still the worst in the state, the Chron$ reports. PG&E accounted for nearly three-fourths of the pipeline safety violations among utilities from 2007 to 2014, even though the company has 42 percent of the total pipeline miles in California.

3. South Bay prosecutors have filed murder charges against three jail guards who are accused of brutally beating a mentally ill inmate to death, as he screamed “I’m sorry” and “Stop,” the Chron reports.


4. Bay Area motorists are increasingly cheating into the region’s carpool lanes — and are getting ticketed for it, the Mercury News$ reports, citing a new study by Caltrans and Santa Clara County officials.

5. The state legislature has sent a bill to Governor Brown that would ban the sale of personal care products that include plastic microbeads by 2020, the LA Times$ reports. Microbeads are not biodegradable and end up in marine life.

6. UC Berkeley was once again named the top public university in the nation — and 20th best overall — by US News and World Report’s annual rankings, the LA Times$ reports. Stanford tied as the fourth best university in the country, behind first place Princeton and Harvard and Yale.

7. The National Weather Service has issued a heat advisory for the Bay Area today, as temperatures are expected to break records once again throughout the region, the Bay Area News Group$ reports.

8. And President Obama’s pact with Iran, which is designed to prevent the country from obtaining nuclear weapons, now has enough Democratic support in the Senate to block a GOP proposal to turn it down, Reuters reports.