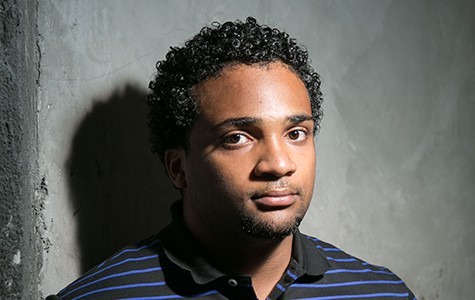 California received national attention this week with news that the state Department of Corrections and Rehabilitation has agreed to drastically reduce the use of solitary confinement in its prisons. The decision was part of a settlement with inmates who filed a class-action lawsuit in 2012 challenging the state's long-standing practice of isolating prisoners in cells for years on end — often confining them to windowless rooms simply due to their alleged gang affiliations. As a result of the landmark settlement, roughly 1,800 inmates will move out of solitary confinement and into the general population.

While human rights advocates celebrated the settlement as an important step in the fight against isolating prisoners in the US, few have paid attention to another action at the state level that constitutes a significant setback in the campaign to curb solitary confinement. Days before the class-action suit decision became public, California lawmakers quietly dealt a major blow to a critical legislative reform effort that has been in the works for years. The Assembly appropriations committee last week decided to officially put on hold Senate Bill 124, a proposal to substantially limit the use of solitary confinement in juvenile correctional facilities. That means the bill will not be moving forward this legislative cycle, which ends September 11.

And now activists are lamenting that while adult inmates in California are finally seeing major reforms, kids in jails and prisons will continue to have to wait.

Proponents of SB 124 — co-sponsored by state Senator Mark Leno, D-San Francisco, and the Ella Baker Center for Human Rights, an Oakland nonprofit — have argued that the bill could go a long way in protecting youth inmates in county and state facilities from the inhumane and unjustified practice of isolation. The documented psychological deterioration associated with solitary confinement — which was a key argument in the state class-action suit — can be especially damaging for vulnerable youth inmates who have often already experienced a wide range of trauma in their lives. With California now agreeing to dramatically curb the use of isolation for adults and with officials increasingly acknowledging the harms of solitary, the failure of SB 124 was particularly painful for advocates who have been pushing versions of the bill for several years.

"We're talking about the health and lives of young people who are endangered by this practice," Jennifer Kim, Ella Baker Center's director of programs, told me yesterday. Kim helped write the legislation and has repeatedly amended the bill in response to criticisms of correction officials, who have continued to argue that isolation of juveniles is an important tool to control "dangerous" kids. In reference to the state lawsuit and settlement, which will have no impact on juvenile facilities or inmates, Kim added, "Thousands of adults are going to be ordered out of solitary confinement ... [because] the courts have had to intervene. ... And yet the legislature has been largely not leading in the way they could be."

SB 124, which successfully passed the Senate in June, would ban the use of solitary confinement in juvenile facilities for longer than four hours at a time. The legislation would also prohibit correctional officers from using solitary as a form of punishment and would only allow isolation when youth pose an immediate, substantial risk to themselves or others. Facilities would also be barred from isolating inmates who pose a threat as a result of a mental disorder. Additionally, the legislation requires jails to document all instances of solitary through a statewide reporting system. Correction and probation officials across the state have consistently opposed the measure, arguing that facilities do not use the kind of inhumane solitary confinement tactics that advocates describe. The opponents have also contended that the restrictions of SB 124 would put staff and youth at risk by making it harder for officers to isolate violent youth. (You can read more of the SB 124 proponents' response to those claims in my recent print story, "The Damage of Youth Solitary Confinement").

With the bill formally "held in committee and under submission," the legislation is effectively dead this year, but can start where it left off next year (since the legislature is currently in the middle of a two-year cycle). Representatives from the office of Assemblymember Jimmy Gomez (D-Los Angeles), who chairs the appropriations committee, have told supporters of SB 124 that the decision to hold back the bill had to do with the committee's analysis of the cost of the legislation. The committee's analysis said it would cost the state's Division of Juvenile Justice (which is part of the corrections department) $2.7 million in the first year to implement SB 124 — and then $2.3 million in subsequent years. The funding is needed for training and additional staffing, according to the analysis.

Aaron Keshishian, Gomez spokesperson, told me today that the committee held SB 124 solely because of the price tag. "Our committee’s job is to look at the fiscal and that’s what they looked at," he said.

Kim, however, argued that the high fiscal estimates do not seem justified, especially since facilities already have to reduce staff-to-youth ratios under federal rules. "This shouldn't be included as an added cost for the bill," she said, referring to the staffing estimates in the committee analysis. (Keshishian said he could not comment on the specifics of the financial report). What's more, Kim argued, even if lawmakers could reasonably argue that it would cost millions to implement SB 124, it would still be fiscally responsible to pass the legislation. That's because, in the absence of the kinds of protections written into SB 124, there have been drawn-out legal battles over the use of juvenile solitary confinement that have resulted in significant and costly court settlements. If SB 124 became law, families and advocates would not have to keep suing to protect children from harmful isolation, and the state could actually save money in the long run, Kim said.

For example, in a recent settlement agreement ending the use of solitary confinement in Contra Costa Juvenile Hall, the county resolved litigation by agreeing to pay more than $2 million.

"[SB 124] is aimed at protecting young people and saving the state millions and millions of dollars in further litigation," Kim said. And regarding the claims of Gomez's office that the bill is to costly, she added, "That is a really unacceptable response considering what is at stake."