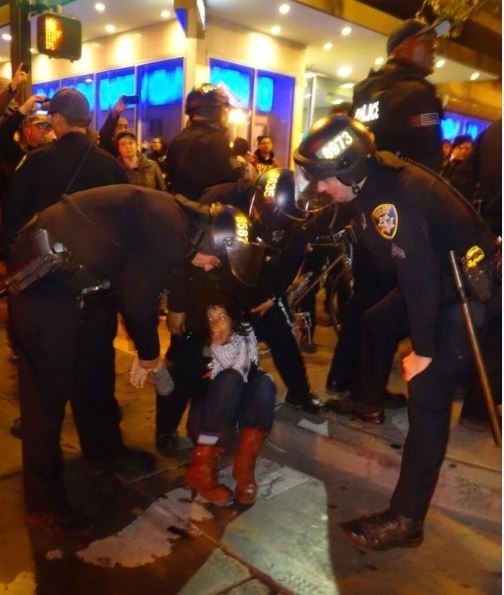 Although Oakland police have been using force less frequently in the line of duty in the past few years, Black residents are still experiencing violent encounters with the police at disproportionately high rates, and the rates haven't noticeably changed in recent years.

An analysis earlier this week by the San Francisco Chronicle showed that reported uses of force by Oakland cops declined from a high of 3,902 incidents in 2009 to 895 last year.

The same data set shows that the use-of-force incidents compiled by the Oakland police, and made available to the public, contains 24,384 entries dating back to 1988. Entries prior to 2006, however, appear to dramatically under-count use of force incidents, and data is missing for most years. The data set also contains numerous entry errors.


Nevertheless, relatively comprehensive collection of use-of-force data appears to have begun in 2006 when1,968 incidents were reported. Of these incidents, 1,473 were uses of force against Blacks, accounting for approximately 75 percent of the total. That year, however, Oakland's Black population only accounted for 30 percent of the city's total population.

All told, Blacks have consistently accounted for 70 percent of all use of force incidents over all the years contained in OPD's data set.

Over the same period use of force against Latinos (called Hispanics in OPD's data set) held steady around 17 percent, while whites account for about 7 percent of OPD's use of force incidents, and Asians about 2 percent.