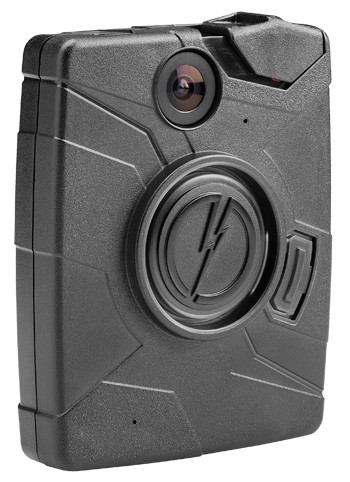 1. A super-majority of Californians — more than 70 percent — say that police body camera footage should be made available to the public when a cop uses force or is accused of misconduct, the LA Times$ reports, citing a new poll commissioned by the ACLU. Police departments throughout the state have been withholding body camera video, because California has some of the strictest anti-transparency laws in the nation. The poll also revealed that 80 percent of Californians say they believe that the public should have access to investigations of police officers. Currently, state law — which was pushed by politically powerful police unions — mandates that investigations of police misconduct remain secret.

2. A super-majority of Californians — 68 percent — also favor raising the minimum wage to $15 an hour by 2021, the SacBee$ reports, citing a new Field Poll. The survey also found that 67 percent of voters favor increasing the tobacco tax by $2 a pack.

3. Despite the drought, California farmers enjoyed near-record revenues and employment gains last year, the LA Times$ reports, citing a new study by the Oakland-based Pacific Institute. The state’s agricultural sector added 417,000 jobs in 2014, mostly in the Sacramento and Salinas valleys, easily making up for employment losses in the extremely dry San Joaquin Valley.


4. Salmon won a battle against almond growers when a federal judge denied a request by Big Ag in the arid western San Joaquin Valley to block the release of water from a dam on the Trinity River in Northern California, the AP reports (via the SacBee$). Officials from the Westlands Water District in the San Joaquin Valley wanted the water to remain in the dam so it could be later shipped south to sake the thirst of almond and pistachio trees. But the judge ruled that the federal government could go ahead with its plans to release water from the dam into the river to prevent a massive die off of salmon in Northern California.

6. The world’s oceans have already risen by 3 to 9 inches because of climate change, the Chron reports, citing new NASA satellite data. Climate scientists say that sea level rise of several feet in the coming decades is now a certainty.

7. The University of California failed to increase enrollment of state residents this year as requested by the state legislature — in fact, the number of California students admitted to UC dropped, the Chron reports. The cash-strapped UC has been admitting more out-of-state and foreign students because they pay much higher tuition.

8. Governor Jerry Brown signed legislation that will grant high school diplomas to students who were denied them when the state stopped administering the high-school exit exam this year, the SacBee$ reports.

9. An Oakland police officer and a suspect were both injured in a shooting this morning in the city’s Adams Point district, the Chron reports. The officer was taken to Highland Hospital.

10. And the disgruntled former TV journalist who killed two of his ex-colleagues yesterday while they were broadcasting on air in Virginia was originally from Oakland and had graduated from San Francisco State University, the Chron reports.