1. Oakland is now the hottest rental market in the United States, with apartment prices jumping 20 percent in the past year, SF Gate reports, citing Zumper’s National Rent Report for August 2015. The average price of a one-bedroom apartment in Oakland is now $1,980 a month — the sixth highest among large cities nationwide. San Francisco passed New York City to become the priciest city in the country. The average one bedroom in San Francisco is now $3,500 a month. 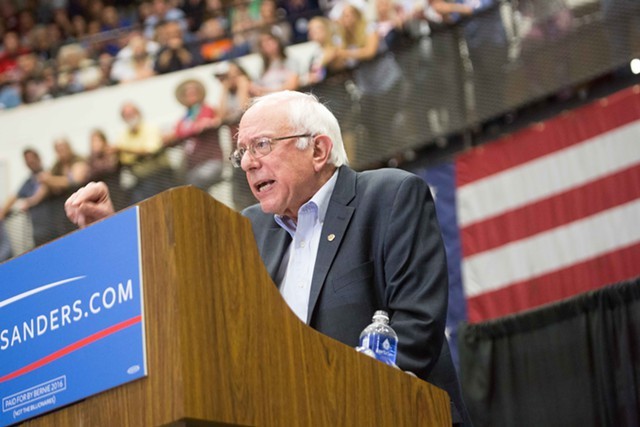 2. Self-described socialist Bernie Sanders is continuing to rock the US political world this summer. Last night, the surging Democratic presidential candidate drew 27,500 people to an event in Los Angeles, following a similarly sized one the night before in Portland. Sanders is drawing the biggest crowds of any presidential candidate by far. And yesterday in Oakland, the progressive senator picked up a big labor endorsement: National Nurses United and California Nurses Association, the Bay Area News Group$ reports.


3. A second major wildfire is now burning out of control near Clear Lake, ballooning to 12,000 acres in size overnight, the Chron reports. The new blaze, known as the Jerusalem Fire, forced exhausted firefighters who had been fighting the nearby Rocky Fire, to switch their battle lines.

4. Governor Jerry Brown struck the word “alien” from the state labor code when describing undocumented workers, signing a bill by Southern California Democrat Tony Mendoza, who described the word as a “derogatory term for a foreign-born person” that has “very negative connotations,” the Chron reports.

5. California prison officials have approved the nation’s first-ever sex reassignment surgery for an inmate, but while transgender advocates praised the move, they say the state still needs to eliminate its written ban on such procedures, the Chron reports. A prisoner at a Southern California prison is now scheduled to undergo male-to-female genital surgery.