Public Land Is Plentiful in Oakland, But Rules Don’t Require the City to Prioritize Affordable Housing

A recent study conducted for Oakland’s department of housing and community development indicates that Oakland is rich in public land, but very little of this property is subject to the Surplus Land Act. And the city isn’t prioritizing affordable housing construction on the massive publicly-owned parcels that are exempt from the law.

According to the report by Carlos Villarreal, a UC Berkeley Goldman School of Public Policy student, Oakland has virtually no surplus property suitable for affordable housing except for the 12th Street Remainder Parcel. Oakland’s surplus property list, which Villarreal obtained from the city, includes 21 parcels. But according to Villarreal, only two parcels on the list are suitable for affordable housing, and these are small single lots in East Oakland that could produce maybe two housing units.

“If you’re looking at it with the Surplus Lands Act in mind, there really isn’t much on that list,” said Villarreal.

“The former redevelopment properties are the juicy ones,” said Villarreal. “They have a ton of potential for affordable housing.” According to Villarreal's analysis, the successor agencies possess property on which as many as 1,088 units of affordable housing could be built.

The Oakland Housing Redevelopment Successor Agency and the Oakland Redevelopment Successor Agency were established by the city after the state dissolved the redevelopment program in 2012, but state law doesn’t require successor agencies to prioritize affordable housing construction when they dispose of the land they own. The Oakland City Council, which serves as the board for the two successor agencies, has chosen not to market the parcels to affordable housing developers. 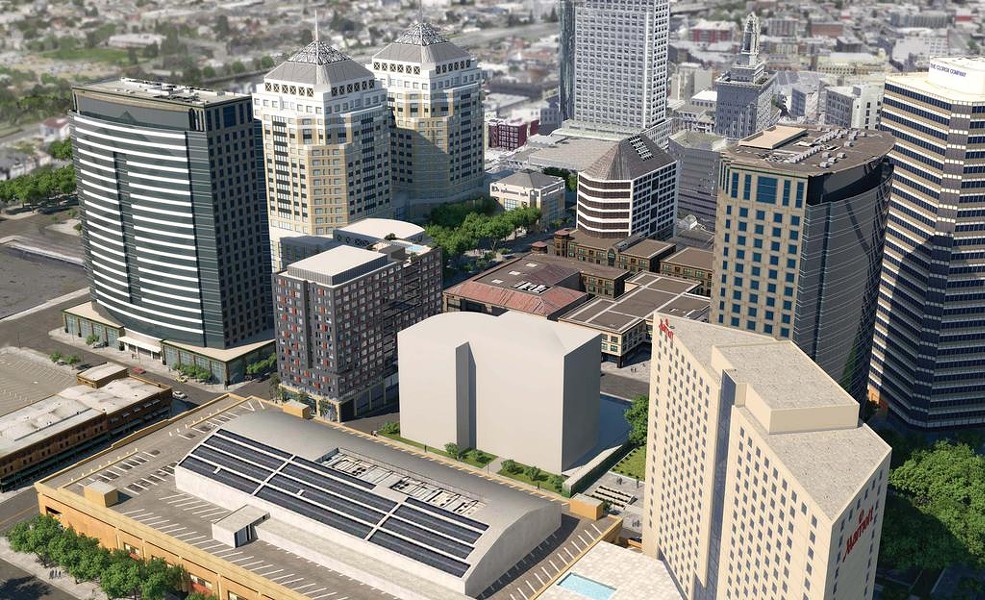 For example, on July 30 the Oakland city council will consider a plan to sell a 1.25 acre parcel of land one block off Broadway in downtown Oakland to the Strada Investment Group for $6.45 million. Strada hopes to build a fourteen-story, 225-unit apartment building. None of the units will be priced affordable. The plan also includes construction of another fourteen-story hotel tower. Oakland’s original RFP for the land sale, issued by the redevelopment successor agency, did not include any requirement for affordable housing.

Nonetheless, the controversy over the 12th Street Remainder Parcel appears to have influenced the terms of the city’s upcoming sale of public land to Strada. The latest staff report for the proposed project states: “[w]ith recent market changes, rapidly increasing rents and community demands for affordable housing development, staff requested that Strada include an affordable housing component in the Project.” Strada in turn has offered Oakland a $1.3 million payment to the city’s affordable housing trust fund, but the company refused to include affordable housing in the apartment tower.

The Housing Equity Road Map, an action plan prepared by the Oakland Department of Housing & Community Development's Strategic Initiatives Unit and PolicyLink, recommends establishing a new comprehensive public lands policy for Oakland that would emphasize affordable housing development on more than just “surplus lands,” including redevelopment properties. The Road Map also recommends that if affordable housing is not included in a project built on public land, then at least 25 percent of the sale price of the land should be dedicated to Oakland’s affordable housing trust fund.

But the proposals in the Road Map haven’t been adopted by the council. In the meantime, Oakland is negotiating with developers and selling public lands without a comprehensive policy regarding affordable housing.