Fremont May Monitor Most Cars that Enter and Exit the City 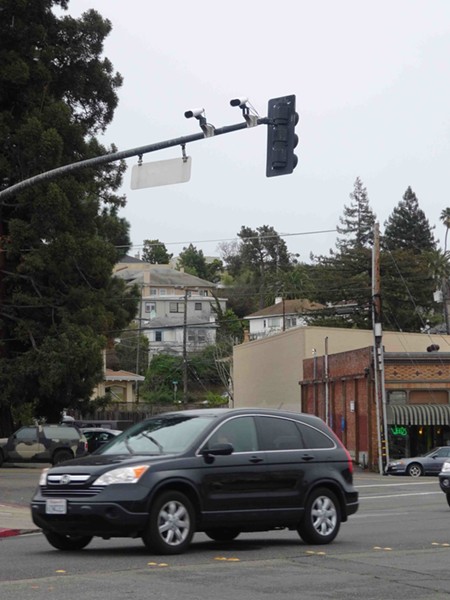 If you live, work, or have any reason at all to visit the city of Fremont, details of your comings and goings will soon be stored in a regional police database.

Tonight, the Fremont City Council is scheduled to vote on a “community-based video cameras” surveillance network that will place cameras at ten “exit points” of the city. The cameras will capture footage of vehicles coming and going, and they will be equipped with automated license plate recognition (LPR) software, allowing for instantaneous identification of cars as they pass in and out of the city.

See also: Drive a Car in Oakland? Your Movements Are Being Tracked by the Oakland Police, Especially if You're in a Low-Income Area

In a report to the city council, Fremont staffers wrote that the surveillance network is designed mainly to monitor the comings and goings of non-Fremont residents, but the cameras would photograph and log license plates of every vehicle passing under them.

“Statistical samples have indicated the majority of offenders who commit some form of crime in the City are not Fremont residents; rather, this group of offenders enters the City from other jurisdictions,” explained staff in their report. “Out of the 46 suspects convicted of burglary in Fremont from November 1, 2012 through April 30, 2013, 85% were non-Fremont residents.”

Numerous police agencies in the Bay Area already capture license plate data, including Oakland, Emeryville, and the Alameda County Sheriff's Office. The City of Piedmont already has a dragnet-style LPR camera system ringing its border, logging the comings and goings of cars at major entry and exit points.

Fremont's LPR camera network will be installed by QPCS, LLC, a Modesto-based surveillance contractor, for $299,000.

Comments by Fremont residents about the proposed surveillance network on Fremont's Open City Hall website were mixed. Some support the plan, but many decry it as “more privacy invasion by our government,” while others wrote that it may be a “waste of money.”