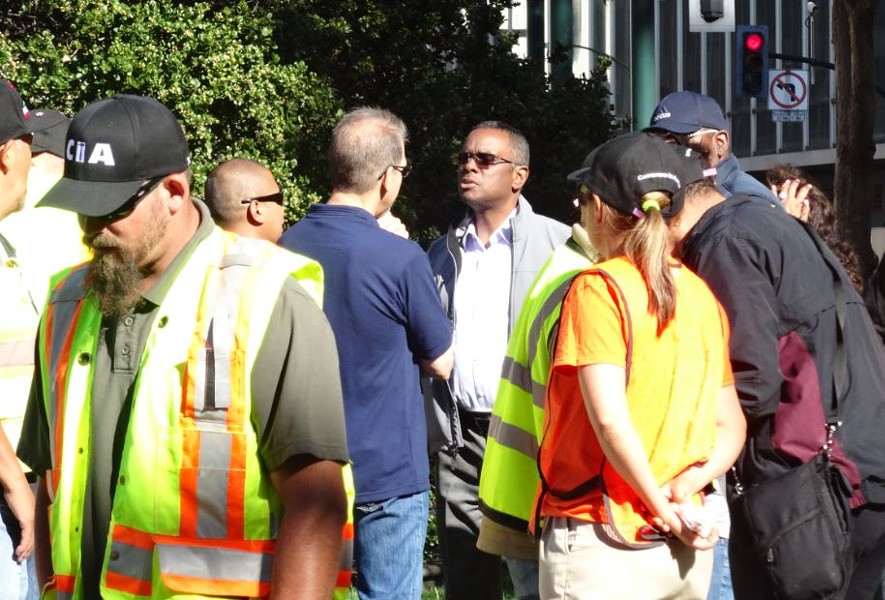 The second and final vote on a deal to sell city-owned land to developer UrbanCore for construction of a 300-unit luxury apartment building near Lake Merritt was scheduled for last night's Oakland City Council meeting. But the council pulled the item from its agenda at the last minute in response to a confidential city attorney memo that was obtained by the Express and revealed that council members were told the plan was illegal in February. The city council did not reschedule the item for a future date. It’s unclear what the council’s next move will be.

Members of the public still chose to address the council members about the controversial deal, and the revelation of City Attorney Barbara Parker’s memo.

“The decisions many of you have made to approve [selling] the 12th Street Parcel, these are the kinds of decisions that help gentrification continue,” said Robbie Clarke, a housing organizer with Causa Justa/Just Cause. With respect to the state Surplus Land Act, which Parker’s memo said the city council was violating by not offering the land first to affordable housing developers, and by not requiring UrbanCore to include affordable housing units as 15 percent of the project’s on-site total, Clark said, “these are the laws that need to be enforced. I’m extremely disappointed that the council would make this decision in the midst of a housing crisis.”

Councilmembers did not directly respond to residents who spoke about the land sale and the city attorney’s memo.

Michael Johnson, president and CEO of UrbanCore addressed members of the carpenters union outside of City Hall before the council meeting. The carpenters support the project because it will create jobs for their members. Johnson and the carpenters left after it became clear the council had pulled the item from the agenda.

Opponents of the luxury apartment tower who want the city to reserve the land for affordable housing briefly protested outside the entrance to City Hall, calling the council meeting a “crime scene.”

David Zisser, a public interest attorney with Public Advocates, told the council that Parker’s memo “gives the city an opportunity to comply fully with the Surplus Land Act.”

Citing her duty of confidentiality to the city council, Parker told the Express on Monday that she cannot disclose the content of any legal opinions provided to the city in closed session.

Council President Lynette Gibson McElhaney and Councilmember Abel Guillen did not immediately return phone calls seeking comment about the decision to table to the vote on the proposed land sale.