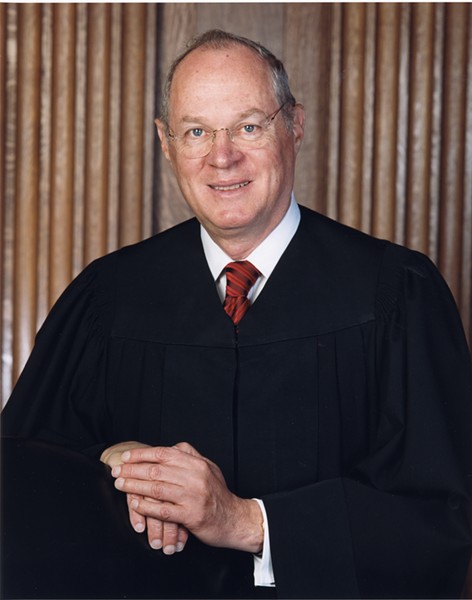 1. In a landmark decision, the US Supreme Court voted 5-4 to extend gay marriage nationwide, the Chron reports. The historic decision means gay marriage is now legal in all fifty states and the ruling struck down anti-same-sex-marriage laws in thirteen states that still had them on the books. Moderate Justice Anthony Kennedy of California wrote the majority opinion and was joined by the court’s four liberal members, Justices Ruth Bader Ginsburg, Stephen Breyer, Sonia Sotomayor, and Elena Kagan. The four conservative justices, Antonin Scalia, Clarence Thomas, Samuel Alito, and Chief Justice John Roberts, dissented.

2. A bill that would mandate that children be vaccinated before attending public or private schools — unless they obtain a medical waiver — passed the state Senate in a 46-30 vote, the Mercury News$ reports. The legislation, SB 277, would eliminate the personal belief exemption in California — a waiver that has allowed parents to avoid vaccinating their kids and has led to disease outbreaks. The bill now heads back to the Assembly for approval.


3. Alameda County District Attorney Nancy O’Malley said she may seek manslaughter charges in the deaths of six young people who were killed last week when a balcony collapsed in Berkeley, the CoCo Times$ reports. The wooden balcony was riddled with dry rot apparently because of shoddy workmanship.

5. And two irrigation districts that serve the cities of Oakdale, Manteca, Patterson, and Tracy say they may defy state-mandated water cutbacks, because they say it would devastate their almond crop, the AP reports (h/t Rough & Tumble).