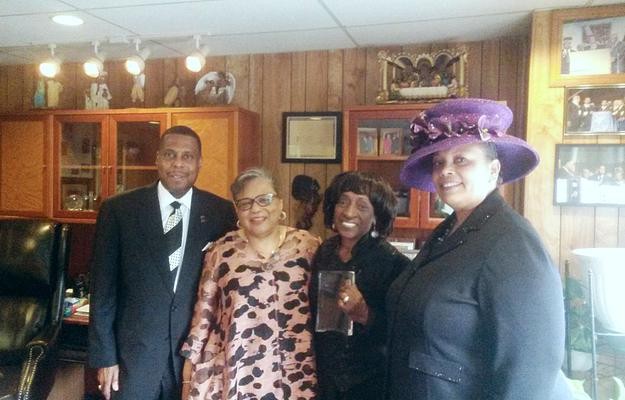 A Safe Place, an Oakland-based shelter, has received a $180,000 grant to help faith-based communities provide support to victims of domestic violence — addressing a problem that executive director Carolyn Russell said is too often overlooked in the Bay Area. The shelter, which was founded in 1976, recently received the grant from Blue Shield, the health care provider, as part of its foundation program that invests in initiatives that provide aid to domestic violence survivors.
According to Russell, A Safe Place proposed a two-year program to educate local faith leaders about domestic violence and bring in national leaders to share best practices in supporting survivors. She said A Safe Place hopes to provide formal trainings to teach faith leaders how to be effective first responders in domestic violence cases — since they may often be the first to hear of people's struggles. It's important to educate leaders on how to respond and how to recognize when victims need professional help, Russell said.

“One thing that we’ve noticed in counseling domestic violence victims is that it doesn’t matter what race or ethnic group they are in, when people are in crisis the tend to turn to their faith first,” Russell said. “We want faith-based institutions to be first responders — but we want them to have the tools and education to make decisions in these cases. For example, does a faith leader know what his role is and where his role should stop so that law enforcement can intervene?”

A Safe Place often works with different institutions that interact with survivors of domestic violence — but faith-based organizations, Russell said, are not always well-equipped to provide advice or help. In the future, Russell said she hopes the education and outreach program could be replicated outside the Bay Area.

“Those who work in addressing domestic violence are all trying to address various institutions — criminal institutions, [police departments], and faith organizations,” she said. “We’d like to see this program be a model for other cities where there’s a lack of responsiveness in the faith-based communities.”