Monday Must Reads: Oakland Police Kill Man Who Had Been Asleep in Car; The Central Valley Is Sinking Faster than Feared

1. An Oakland cop fatally shot a man who had been awakened by police after he was found sleeping in his car near Lakeshore Avenue on Saturday, the Bay Area News Group$ reports. Firefighters called police after they spotted a gun on the seat next to the sleeping man. Police officers then rousted the man by breaking the windows of his car. Police Chief Sean Whent said one officer pulled out a Taser while another pulled out a gun. The second officer then fatally shot the man. Whent declined to say why the officer fired the gun. It was the first fatal shooting by OPD in two years.

2. California’s Central Valley is sinking more quickly than anticipated because agribusinesses are pumping groundwater at alarming rates due to the drought, according to the Center for Investigative Reporting. Buildings, roads, and bridges are sinking as well. 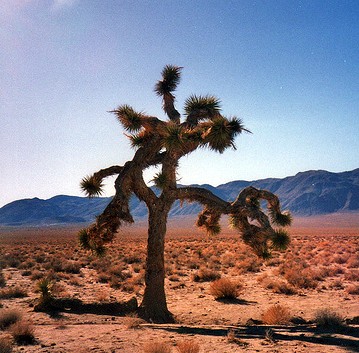 3. The drought is having a severe impact on California’s iconic desert species: the Joshua tree, the LA Times$ reports. Although the Joshua tree and other desert species need very little water to survive, they have not been getting enough precipitation during the state’s four-year drought.

5. And BART revealed that it plans to shut down transbay service on Labor Day weekend, and the last weekend in August, for track maintenance, the Chron reports.