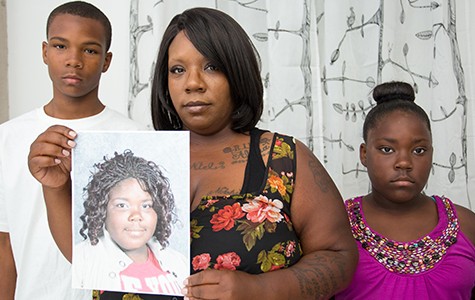 Oakland has the highest rate of hit-and-run crashes of any large city in California, but devotes very limited police resources to investigating these crimes. As a result, while hundreds of people are injured or killed by hit-and-run drivers in Oakland each year, police only identify and charge suspects in a tiny fraction of the cases — roughly 3 to 4 percent of collisions (see our recent news story, "Hit-And-Run Epidemic Plagues Oakland"). Now, state lawmakers are hoping to make it a little bit harder for hit-and-drivers to successfully flee the scene of the crime and avoid arrest through legislation that would establish a so-called "Yellow Alert" system to assist law enforcement agencies in their investigations.

Assembly Bill 8 — from Assemblymember Mike Gatto (D-Glendale) and unanimously approved by the Assembly yesterday — would lead to the creation of a "Yellow Alert" system, in which police could broadcast information on freeway signs about vehicles suspected in hit-and-run crashes. AB 8 would utilize these alerts in cases where a driver fled the scene after a victim was killed or suffered "serious bodily injury." Under the legislation, the California Highway Patrol would activate the yellow alerts within the relevant local areas at the request of law enforcement agencies. CHP would only send alerts when police have offered sufficient description of the vehicle or when the suspect's identity is known.

Similar mechanisms in other states have been very effective in increasing arrest rates, according to Gatto's office. In Denver, a hit-and-run alert system in 2012 resulted in a 76 percent arrest rate in cases in which the alert was activated — a major improvement compared to the previous rate of roughly 20 percent. Colorado's legislature subsequently implemented this program statewide on the heels of the successful Denver system.

It can be very challenging for police to successfully investigate hit-and-runs — especially in a city like Oakland in which there is only one investigator responsible for these crimes and an average of roughly one hit-and-run crash a day in which a victim is injured or killed. Oakland Police Department officials have said that, given the high frequency of cases and limited resources to investigate them, police often only make arrests when investigators are able to identify and apprehend the driver immediately after the collision. And experts have argued that because so few cases lead to arrests — or even basic investigations — some people are likely motivated to run given that most drivers who flee crashes here get away with it. In Oakland, one out of every six motorists who injure or kill a victim flees the scene of the crime, according to state data.

Given those challenges, an alert system could increase the likelihood that a suspect is caught in the crucial time period immediately after the crash. The alerts could also potentially discourage people from fleeing crashes if they are aware that a system is in place that could broadcast their vehicle descriptions. AB 8 would use the same infrastructure that currently supports Amber Alerts, which police send out when a child is abducted.

Gatto said in a statement today: “California has the existing alert infrastructure in place and it costs us next to nothing to use it. I have no doubt the Yellow Alert System would help apprehend criminals and have them brought to justice."

You can read the full text of the bill here.