In his bid to lure the Oakland Raiders and San Diego Chargers from their home cities for a proposed $1.7 billion stadium in the Southern California city of Carson, Mayor Albert Robles was mocked for donning a mashup jersey featuring the two historic rivals. But, according to a complaint made by a colleague of Robles, he is alleged to have made far worse decisions.

Robles is being sued by a woman named Lynn Dymally, a board director for the Water Replenishment District of Southern California, for a number of charges, including sexual battery, sexual harassment, gender violence, and intentional infliction of emotional distress, according to the complaint.

Robles also sits on the water board, in addition to becoming mayor of Carson last month. The Water Replenishment District is also named as a defendant in the case.


The complaint centers on a November 2013 trip that Robles and Dymally made as board directors to a water-related conference in Washington, DC. After a dinner, Robles forced himself on Dymally and backed her up against a wall in her hotel room, according to the complaint, and began groping her and attempting to “rip off” her clothes. Dymally alleges that Robles then attempted to sexually penetrate her, but was unable to so because he passed out on top of her.

Later, Robles again made sexual advances toward Dymally, said the complaint. Then after returning to Southern California, Robles engaged in a pattern of “harassing and bullying” toward Dymally at Water Replenishment District meetings, according to the complaint.

Robles denies the allegations and told the Los Angeles Times that the complaint is retaliation for his vote against Dymally’s appointment to the board in 2013 and his support for a challenger to her bid for re-election last year.

Robles’ attorney also suggested the timing of the lawsuit may be designed to thwart Carson’s bid to entice the Raiders and Chargers to the city. 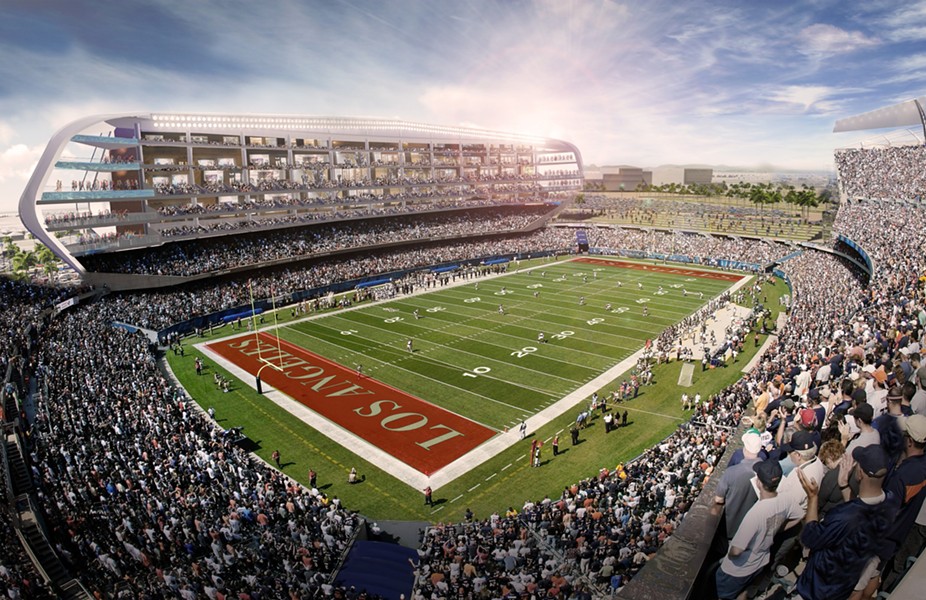 Since news of the Carson stadium proposal by the Raiders and Chargers was first reported last January, Robles and the city have moved quickly. Over 15,000 signatures supporting a referendum on the stadium project were procured in short time. This led the three-person Carson City Council to forego the initiative process and formally approve the project. However, a city staff report noted the proposal lacks specifics for how the $1.7 billion stadium, slated to be built on a former landfill, would be financed.

In media reports last week, Robles acknowledged the Carson site is “contaminated land” and the portion of the purchased property left for remediation may be footed by taxpayers, not the Raiders and Chargers, even though each team owns portions of the land. It also remains to be seen whether the controversy now surrounding Robles will cast a shadow over the city’s bid for one or both NFL teams.

Meanwhile, Oakland’s case for keeping the Raiders remains a long way from being resolved. Raiders ownership has publicly said building a new stadium in Oakland is still a top priority. But the City of Oakland and Alameda County’s Coliseum City proposal, which includes a new football stadium, retail, housing and potential a ballpark for the Oakland Athletics, is still being negotiated with Southern California developer Floyd Kephart.

Whether or not the Kephart’s plan has merit could be known in the month. The current iteration of the proposal calls for Kephart and New City Development, LLC to provide local officials with a detailed funding plan by end of the Exclusive Negotiation Agreement on June 21.