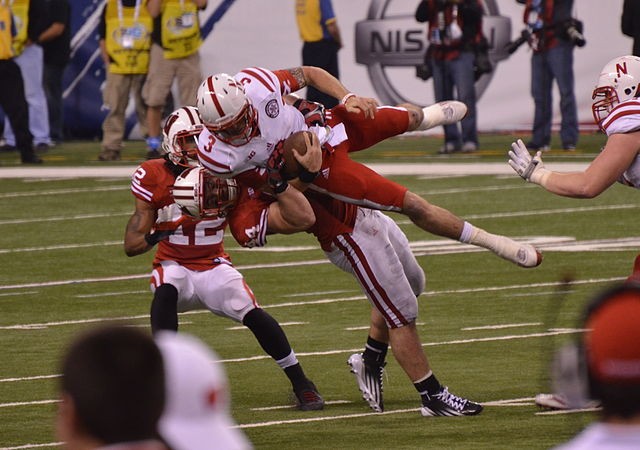 San Francisco 49ers linebacker Chris Borland, a standout NFL rookie, is retiring in his prime, citing concerns about the sport's potential for traumatic head injuries. Borland, who is 24, told the Niners on Friday about his decision to leave.

"I just honestly want to do what's best for my health," Borland told ESPN's Outside the Lines on Monday. "From what I've researched and what I've experienced, I don't think it's worth the risk."

Borland said he made the tough call after doing research on the long-term effects of concussions (which include the degenerative disease known as CTE, chronic traumatic encephalopathy, as well as mood swings, depression, memory loss, and suicide risk, among others), and after consulting with family, friends, and current and former teammates.

"I feel largely the same, as sharp as I've ever been. For me, it's wanting to be proactive," Borland said. "I'm concerned that if you wait 'til you have symptoms, it's too late. ... There are a lot of unknowns. I can't claim that X will happen. I just want to live a long, healthy life, and I don't want to have any neurological diseases or die younger than I would otherwise."


For years, starting in the 1990s, the NFL steadfastly denied and downplayed the trauma that results from repeat concussions. In 1994, it launched an initiative to fund research on the effects of head injuries, which found that the sport posed no extraordinary risks or long-term effects, despite a growing body of research to the contrary. In 1994, NFL Commissioner Paul Tagliabue decided to tackle the issue head-on — by blaming journalists:

“On concussions, I think is one of these pack journalism issues, frankly. … There is no increase in concussions, the number is relatively small … The problem is a journalist issue."

It wasn't until 2005 that CTE came to light, after Dr. Bennet Omalu released his findings from an autopsy performed on Pittsburgh Steeler "Iron Mike" Webster, who died at fifty, and whose brain mirrored that of a much older man. The NFL tried to discredit Omalu's research, but failed. Of the subsequent autopsies in ensuing years on deceased former players, 76 out of 79 showed evidence of CTE, and the NFL was forced to make (some) changes to address the issue. But the concerns still stand, and Borland's decision to retire just might be indicative of a sea change — he's the first prominent player to quit for long-term brain health concerns.

In 2007, the NFL issued a pamphlet on concussions that again downplayed the risks (as it has continued to do, to varying degrees — PBS has a great timeline on the NFL and concussions, if you're so inclined):

“Current research with professional athletes has not shown that having more than one or two concussions leads to permanent problems if each injury is managed properly. It is important to understand that there is no magic number for how many concussions is too many. Research is currently underway to determine if there are any long-term effects of concussions in NFL athletes.”

In a recent statement, the Niners spoke fondly of Borland and respected his decision:

"While unexpected, we certainly respect Chris' decision," general manager Trent Baalke said. "From speaking with Chris, it was evident that he had put a great deal of thought into this decision. He was a consummate professional from day one and a very well-respected member of our team and community. Chris is a determined young man that overcame long odds in his journey to the NFL, and we are confident he will use the same approach to become very successful in his future endeavors. We will always consider him a 49er and wish him all the best."