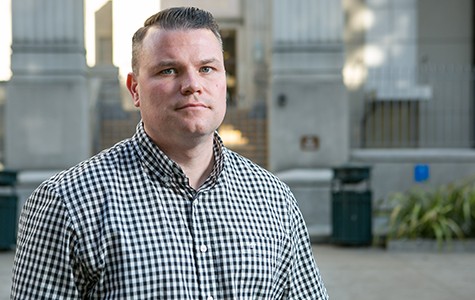 The City of Berkeley has responded to allegations that its new contractor for security services has violated the living wage law and underpaid workers. Last November, after reviewing applications from more than twenty companies, the city awarded First Alarm Security and Patrol its lucrative contract to provide guards at six city-run sites, including the Berkeley Public Library and City Hall. But since First Alarm began providing services in January, labor advocates say the firm has underpaid workers and violated Berkeley's living wage law — accusations I covered in detail in print last week (see "Berkeley's Anti-Union Shift").

Berkeley City Manager Christine Daniel has since sent a lengthy letter to the city council outlining its investigation into the claims of labor violations and saying that First Alarm has corrected its mistakes and ensured to city officials that it will comply with the law moving forward.

City officials first learned of the allegations at the end of last month when the Service Employees International Union (SEIU) United Service Workers West, a union that represents security officers, sent a letter to Daniel stating that First Alarm was paying its workers hourly wages that fell below the living wage standard. Labor activists were also frustrated that the city chose First Alarm in the first place — since the firm is a non-union company, meaning its workers don't have the same protections and benefits that guards at these sites previously had. SEIU had represented workers of Universal Protection Services, the union company that formerly held the Berkeley contract. That company had submitted a proposal to renew its contract, but city officials ultimately selected First Alarm, which also goes by the name First Security Services.

Berkeley's current living wage law, which applies to all companies that do business with the city, requires contractors to provide employees a minimum of $13.71 per hour and a medical benefit equivalent to at least $2.28 per hour. But SEIU, in its January 30 letter to the city manager, wrote that First Alarm was paying its employees the $13.71 minimum and "no officers reported having access to healthcare during on and off site interviews." That meant the company owed officers $2.28 per hour, or nearly $100 per week, according to the union, which filed a complaint with the state seeking back wages. That complaint also alleged that First Alarm was not providing some employees with uniforms and instead deducting a $50 "uniform allowance," which the union said dropped the workers' pay even further below the living wage minimum.

In a letter last Friday to the Berkeley City Council, Daniel said that the city has investigated the union's claims and met twice with First Alarm to ensure compliance with living wage laws. As of February 18, the company had delivered healthcare enrollment forms to all of its employees, Daniel said. The union had alleged that in its first month of the contract, First Alarm had failed to offer healthcare coverage to any of its employees, which would be a clear violation of the law since the firm was also paying the lower wage rate. First Alarm, however, has affirmed its commitment to pay the higher rate — regardless of whether employees decline or accept the company's health care plan, Daniel said.

If the company follows through with this promise, it will be a notable win for labor activists in the city. In 2013, the state labor commissioner's office had ruled that a different city contractor, LAZ Parking, had violated the living wage law when it had paid one of its workers the lower wage rate while also failing to provide health care. That company had argued that because it had offered health care coverage and the employee had declined (since he received cheaper health insurance elsewhere), it was legally allowed to pay him the lower rate. Despite the state's ruling in favor of the worker, city officials in Berkeley subsequently argued that the state's ruling was incorrect and that LAZ and other contractors were allowed to pay the lower rate when employees decline offers of coverage.

The city has once again affirmed this interpretation of the law in the dispute surrounding First Alarm. Labor advocates have argued that this interpretation is incorrect and that employees deserve the full $15.99 even when they get health care coverage elsewhere. City Councilmember Jesse Arreguín has proposed a revision to the ordinance that would clear up confusion around the law and make clear that all employees have a right to access the full wages.

Daniel also said that the uniform allowance was a one-time deposit and is "standard practice in the security industry." But in an effort to "avoid any misperception that it is not complying with the Living Wage Ordinance, [First Alarm] informed the City on February 18 that is has waived the deposit and returned the deposits to its employees," she wrote.

First Alarm has also sent a letter to employees outlining its requirements under Berkeley's living wage ordinance and explaining the process for filing a complaint. Daniel said that 40 percent of First Alarm's customers are public entities and municipalities with living wage laws in their contracts. She added: "[First Alarm] confirmed that it will fully comply with all contract requirements. [First Alarm] stated that it treats its employees with respect and that it wants employees to be satisfied with their employment with [First Alarm]. The company acknowledged some transitional issues that typically happen during a change-over in contractors. They acknowledged that they have made mistakes, and noted that they corrected their mistakes quickly."

You can read the union's original letter here and Daniel's full reply here.