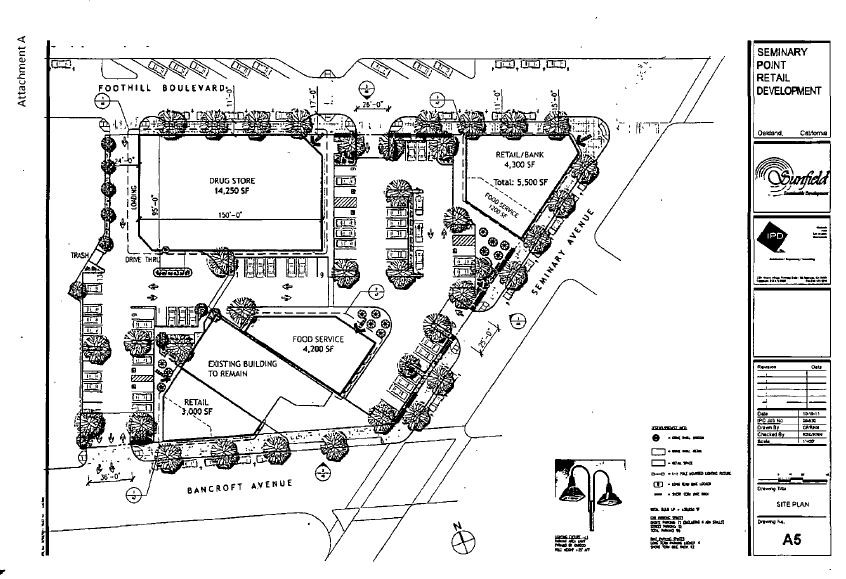 At tomorrow’s Community and Economic Development Committee meeting, members of the Oakland city council will consider a proposal to excuse Walgreens, and potentially other employers, from having to pay the city’s living wage to employees at a planned retail complex on the corner of Foothill Boulevard and Seminary Avenue. Oakland’s current living wage is $14.10 an hour, or $12.27 if the employer provides medical benefits. If approved, Walgreens would be able to cut the wages of some of its employees at the planned store by $1.85 an hour.


Under the Living Wage Ordinance, any company benefitting from city subsidies must pay the city’s living wage, rather than the lower prevailing minimum wage. The 1.7 acre parcel of land where the Walgreens store is to be built was assembled years ago from multiple parcels bought by the Oakland Redevelopment Agency. The land is currently owned by the city, but Oakland has agreed to sell the parcel for just $6,000 — far less than its market value — to Sunfield Development, LLC. The city also lined up $6 million in federal New Market Tax Credits for the developer. The tax credits will allow Sunfield to reduce its federal tax bill by 39 percent of the amount it is investing in the project, spread over seven years. Together these taxpayer subsidies provided to Sunfield triggered the living wage law. And any tenant with more than twenty employees that leases property from Sunfield Development at the site will also have to comply because they also financially benefit from the city subsidies.

“They’re getting a tax credit worth 1.2 million in additional capital,” said Jennifer Lin, deputy director of the East Bay Alliance for a Sustainable Economy. “The city also helped assemble the property for the developer, and sold it to the developers for $6,000,” said Lin. “Companies like Walgreens need to pay the living wage because they’re benefiting from the public subsidies invested in the project, and they should pay good wages reflecting this.”

“Their point is more a philosophical one,” said Afshar Siavash, the founder and CEO of Sunfield Development, LLC, about Walgreens demand that it be carved out of the Living Wage Ordinance before signing a lease with his company. “Walgreens doesn’t want to allow a local jurisdiction to dictate to them how to pay their employees. They pay their employees very well.”

According to Siavash, Walgreens already hard-bargained him down on the rent he will be charging the company, from about $450,000 to $375,000, due to the location of the store in a low-income neighborhood with high crime rates. “Walgreens could easily walk away from this area. The area is depressed, and hasn't had any development in the last 30 years.”

“Policymakers could get stuck on the philosophical issue and kill the project, and we’ll go another 25 years with nothing there,” said Siavash. “Let the progress come in. Let the people of Oakland have services.”

“This would go against the intent of the Living Wage law,” countered Lin. “It’s a bad idea to do these exemptions, and just as we’re about to implement the city’s new minimum wage. This is about East Oakland getting a fair deal.”

According to Walgreens 2014 annual report, the company posted $76 billion in sales with a profit of $1.9 billion last year. Walgreen’s paid $1.2 billion in dividends to investors. Walgreen’s CEO Gregory Wasson was paid a salary of $1.38 million in 2014, and awarded stock options and bonuses bringing his total compensation to $16.7 million, or, an equivalent wage of $8,028 an hour.