1. The first big storm since December is forecasted to hit the Bay Area on Thursday, bringing up to five inches of rain to certain areas, the Mercury News$ reports. The storm, however, will be a warm one; it’s headed from Hawaii under so-called “Pineapple Express” conditions. As a result, the wet weather system is not expected to bring much snow to the Sierra or relief to the state’s struggling ski industry. 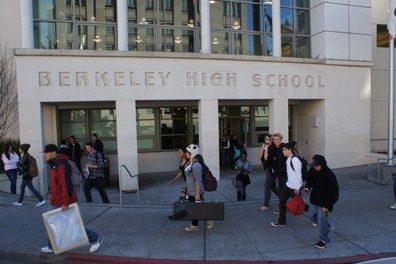 2. The federal Office of Civil Rights has launched an investigation into whether the Berkeley school district has adequately responded to instances of sexual harassment and assault on the Berkeley High campus, the Chron$ reports. Female students say sexual harassment and battery is commonplace at the high school and that faculty and the administration have done little to address it.

3. The ex-ABAG official suspected of stealing $1.3 million in park funds purchased a swanky estate in Oregon just after he allegedly made off with the money, the Chron reports. Law enforcement officials are still trying to track down the public official — Clarke Howatt.

4. Oakland’s city budget appears to have a $28 million shortfall for next fiscal year despite the resurgence of the local economy, the Trib$ reports. However, city officials have a history of overestimating budget shortfalls in advance of contract negotiations with public employee unions.

5. And Harper publishing announced that it will release Harper Lee’s sequel to To Kill a Mockingbird this summer, the AP reports (via the Mercury News$). Lee wrote the novel Go Set a Watchman in the 1950s, but it was never published.