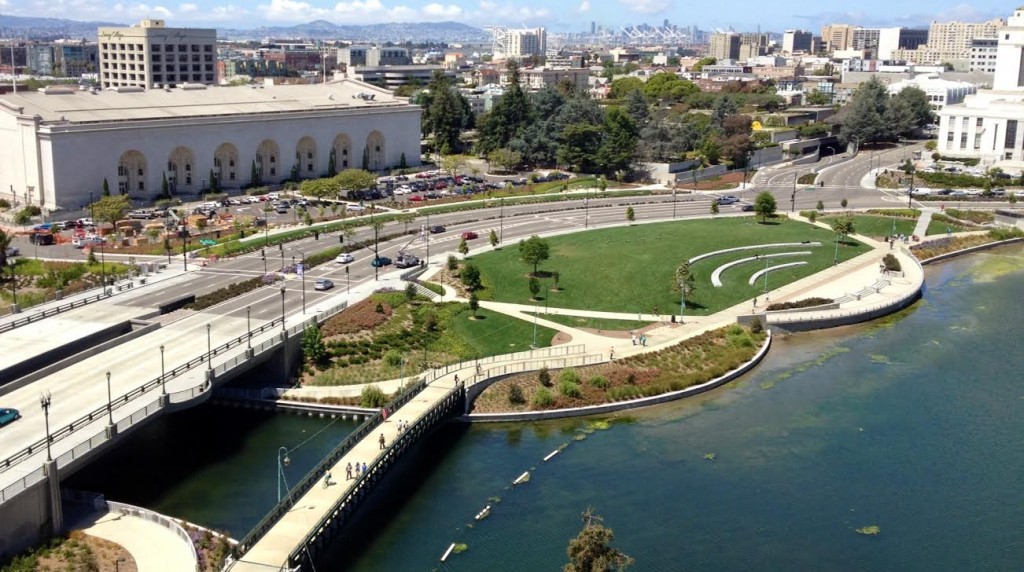 1. Two development teams are vying for the rights to refurbish the long-shuttered, publicly owned Henry J. Kaiser Convention Center on Lake Merritt in Oakland, the Chron reports. The developers — Orton Development of Emeryville and Creative Development Partners of Oakland — would lease the historic building from the City of Oakland, and both submitted plans to restore the landmark Calvin Simmons Theater inside the Kaiser Center.

2. BART yesterday abruptly eliminated its Wi-Fi service, which had been available in downtown Oakland and San Francisco, the Chron reports. But the service provider, WiFi Rail, claims that BART violated its contract.

3. Berkeley High students have launched a campaign to raise awareness about and change policies involving sexual harassment, which they say is rampant on campus, KQED reports (via Rough & Tumble).

4. A sugar molecule that humans cannot digest appears to be at the heart of why the consumption of red meat is linked to higher rates of cancer, U-T San Diego reports (via Rough & Tumble), citing a new study by UC San Diego researchers.

5. And radiation from the 2011 Fukushima nuclear power plant disaster reached the West Coast last summer, but the radiation levels are too low to cause harm to humans, the Washington Post$ reports (via Rough & Tumble), citing a new study published in the Proceedings of the National Academy of Sciences.