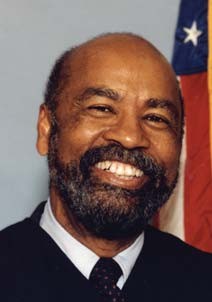 1. Federal Judge Thelton Henderson ordered Oakland City Attorney Barbara Parker to hand over confidential documents related to police misconduct cases, the Trib$ reports. Henderson has appointed a special investigator to probe why the City of Oakland keeps losing arbitration cases in which it has tried to discipline cops accused of wrongdoing. Parker had refused to hand over some documents related to the arbitration cases, arguing that they contain information protected by attorney-client privilege. But the city attorney indicated that she will obey Henderson’s order because it includes a mandate that the documents not be made public.

2. Richmond Police Chief Chris Magnus told the Chron that he has no regrets about holding a #Black Lives Matter sign during a recent anti-police-brutality protest — and would do it again. Magnus has come under fire from the Richmond police union for his actions, but the chief said he also has received numerous messages of praise.

3. Oakland public school students held a peaceful march that led to a vigil at Lake Merritt yesterday evening, the Chron reports. The student protest followed another nonviolent action in which Black Lives Matter protesters had chained themselves for hours to Oakland police headquarters in downtown.

4. The recent storms have made 2014 one of the wettest Decembers on record in the Bay Area, the Bay Area News Group$ reports. San Francisco has received the most rain since 1950, and San Jose, since 1955.

5. California will receive $5 million from the federal government to help jumpstart its plan to build a statewide earthquake warning system, the Chron reports. The system is expected to cost at least $80 million to build.

7. And controversial comedian Bill Maher is expected to go ahead with his mid-year commencement address at UC Berkeley this Saturday, despite attempts by some students to cancel his appearance because of his anti-Islamic remarks, the Bay Area News Group$ reports.