After years of debate and controversy, the Oakland Zoo passed its final governmental hurdle last night in its efforts to expand into Knowland Park, with the Oakland City Council approving the last critical part of the project proposal. Following hours of heated debate that extended until around 12:30 a.m., the council voted 6-2 to greenlight the zoo's plan to close off roughly 53 acres of public parkland. State and federal regulators required the zoo to have an environmental conservation plan to make up for the impact of the zoo's expansion project; the city, which owns Knowland Park, also had to approve the proposal.

To critics of that plan, the vote means the East Bay Zoological Society, the private nonprofit agency that runs the zoo, will be moving forward with an environmentally harmful project that will irreversibly destroy rare habitat and permanently take away open space from the public at the East Oakland hills park. For Zoological Society officials, it means the zoo can finally execute its long-term vision of significantly growing its attractions in Oakland.

Councilmembers Dan Kalb and Rebecca Kaplan were the only ones to vote against the proposal.

The controversial expansion project — the subject of our recent cover story, "Zoo Gone Wild" — has faced intense backlash from a coalition of environmental organizations and neighbors of the zoo, who have for years criticized the Zoological Society for choosing to develop its California Trail project on high-quality habitat that is home to threatened and endangered species and native grasslands. As part of the zoo's plan, a gondola attraction will connect the existing zoo to the expansion site, which is located on the ridgeline of the park with spectacular views of the bay. The California Trail will feature wolves, grizzly bears, mountain lions and other animals that have mostly disappeared from the region due to habitat destruction. It will also feature a restaurant, interpretive center, and visitors' building.

More than a hundred speakers signed up to comment last night, including many members of the Save Knowland Park coalition and its partner environmental organizations, as well as a large group of zoo employees and supporters. City Councilmember and Mayor-Elect Libby Schaaf came out in support of the plan, arguing that the project was relatively small given that roughly 300 acres of Knowland Park (the city's largest park) will remain undeveloped and accessible to the public.

The project site itself is roughly 56 acres total, with the zoo proposing to close off about thirty acres within its expansion for conservation purposes, plus 22 acres outside of the site. (The US Fish and Wildlife Service and California Department of Fish and Wildlife required the Zoological Society to conserve and protect that amount of land to mitigate for the environmental impacts its structures and exhibits will cause).

"Everyone has agreed that the zoo does good things, and this expansion will allow more of that," said Schaaf. "It will create a conservation area, and that's another good thing." Schaaf, who visited the zoo earlier this week with project opponents, added of the plan, "It is still going to leave more than 300 acres of this magical park that I very much enjoyed my visit to. ... All that magic that everyone has been so passionate about will still be there."

Opponents, however, have argued that the zoo is developing its new exhibits on the best and most accessible part of the park, one that features rare plant communities and supports the threatened Alameda whipsnake. The critics have long suggested that the Zoological Society expand within its existing site in the lower part of the park or build a project directly adjacent to the current zoo, as opposed to the upper part of the park. (The zoo has argued that this is not possible). Environmental and park advocates have also slammed the zoo's proposed conservation plan as a farce given that Knowland Park is city-owned open space land that is effectively already protected from development (with the only real threat of habitat destruction coming from the zoo itself). And they've further argued that allowing the private nonprofit to close off 22 additional acres of land outside of the expansion constitutes an unethical land grab — one that sets a bad precedent for the seizure of public parkland.

Last night, the council was technically only voting on the zoo's conservation plan, since the council approved the actual expansion plan in 2011. While the project has faced intense scrutiny from various regulatory agencies, the city never required a full environmental impact report (EIR) — an in-depth process that involves a detailed exploration of potential alternatives. That was one of the reasons Kalb said he was voting no last night. Even if the city didn't require an EIR, the Zoological Society should not have skipped this larger environmental review. "It's not something that a good nonprofit should've done," Kalb said, adding, "The city made a mistake in not pushing you to do it."

Kaplan did not elaborate on her no vote.

When Councilmember Noel Gallo last night asked Joel Parrott, president and CEO of the Zoological Society, if there were any opportunities for compromise, Parrott responded that there were not, arguing that the project has already passed many regulatory hurdles and must continue in its current form. "We've made commitments to donors," he said. "We're always open to input and discussion, but ... we are committed at this point to move forward with what has been approved." Earlier in the night, Parrott argued that the expansion would allow people who currently don't visit Knowland Park — including people who are disabled and elderly people — to get the opportunity. Referencing the threatened whipsnake species, he said, "This is about people. This is not about a snake." 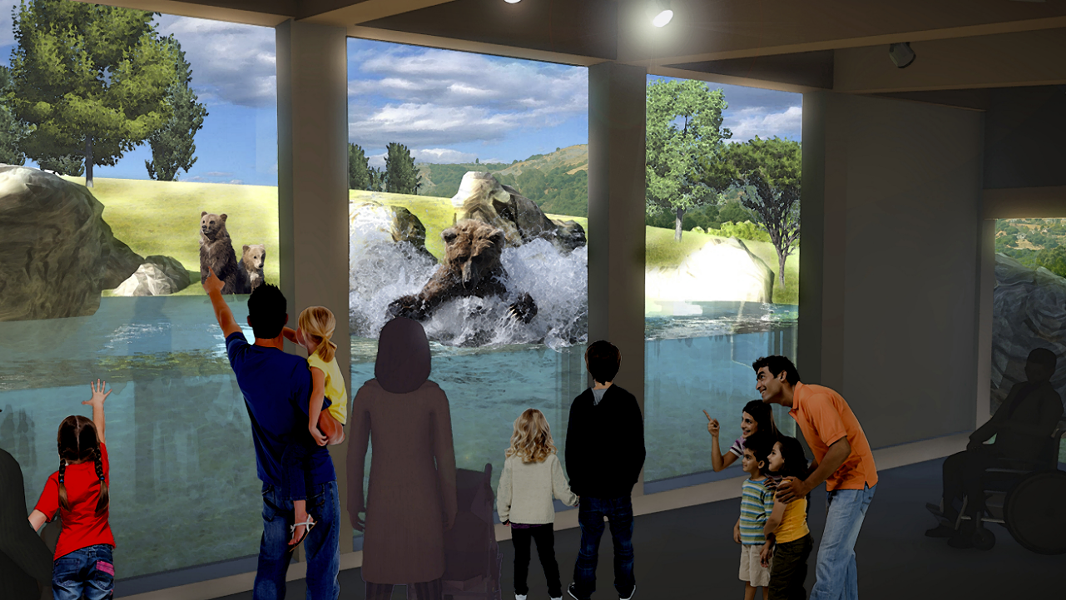 Laura Baker of the East Bay chapter of the California Native Plant Society, one of the lead opponents of the project, told me this morning that the coalition opposing the project is assessing its next steps, which could possibly include seeking a referendum to overturn council's vote. "The room was packed with people who support Knowland Park. Those people are basically converts to a movement that recognizes that what the city council did was completely out of step with what the public wants."

For an in-depth look at the expansion, read our September 3 cover story, "Zoo Gone Wild."