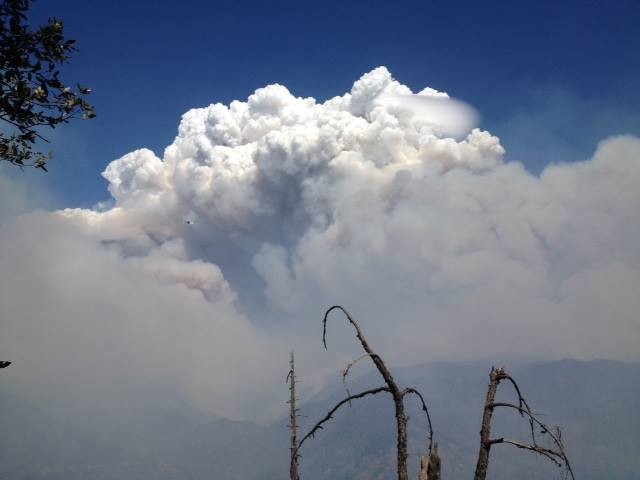 2. The massive King Fire near Placerville is causing unhealthy breathing conditions in the Sierra and forced the shutdown of the Lake Tahoe triathlon, the Chron reports. The arson-caused fire has destroyed ten homes and 22 other structures, and by this morning had spread to nearly 88,000 acres.

3. In a move designed to increase the number of bike lanes in the state, Governor Jerry Brown signed legislation over the weekend that would allow cities to enact new fees on automobiles, the LA Times$ reports.

4. The jobless rate in the East Bay fell to 5.8 percent — the lowest since before the economic crash in 2008, the Bay Area News Group$ reports. Last month, the Bay Area experienced a healthy number of job gains, thanks mostly to the tech sector.

5. And Cal-OSHA has fined UC Berkeley $26,000 for the death of a custodian who fell to his death in April while cleaning windows on campus, the Chron reports. Regulators said Cal had failed to properly train the custodian, Damon Frick of Richmond, on how to safely use a lift.