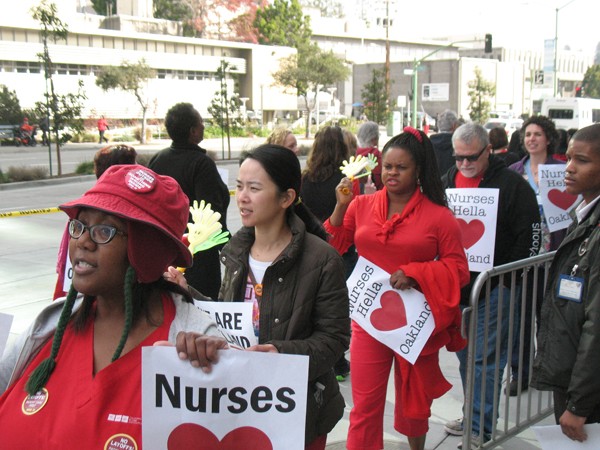 Oakland-based Kaiser is spending big in an effort to defeat two state ballot measures this campaign season. Though the November election is still two months away, the Kaiser Foundation Health Plan has already spent a whopping $20 million, according to a report from the California Fair Political Practices Commission (FPPC). Across the board, Kaiser is by far the biggest spender in the state this year, contributing significant funding toward the effort to defeat Proposition 45, a measure that would give the state the authority to regulate changes to health insurance rates.

The latest campaign figures come as Kaiser Permanente — the largest nonprofit healthcare provider in the country — has faced increasing scrutiny for allegedly prioritizing profits over patient care through a wide range of cost-saving measures. The Express' recent two-part series, "Deadly Delays," took an in-depth look at allegations of fatal flaws in Kaiser's mental health services and pediatric care. And today in print, I wrote about ongoing concerns from nurses at Kaiser's new $1.3 billion Oakland Medical Center; they have alleged that Kaiser has become increasingly dependent on problematic technology and has failed to make critical investments in staffing and training.

The FPPC report shows that the Kaiser Foundation Health Plan has spent $14,716,574 on Prop 45, making it the top spender on that measure, with health insurance company WellPoint in second place, spending $12,896,224.

Kaiser also spent $5,000,000 opposing Proposition 46, a measure that would increase the state's cap on medical malpractice lawsuits to more than $1 million (currently, the cap is $250,000).

You can learn about the push behind Prop 45 here and the effort to oppose it here. And you can read about those supporting Prop 46 here, and those opposing it here. Consumer Watchdog, a consumer rights' nonprofit group, is pushing both measures, arguing that Prop 45 would allow the state to rein in excessive health insurance increases and that Prop 46 would protect patient safety through a number of measures that increase doctor accountability. Opponents argue that both of the measures would be costly for health care consumers and would have broader negative impacts on the quality of care in the state.