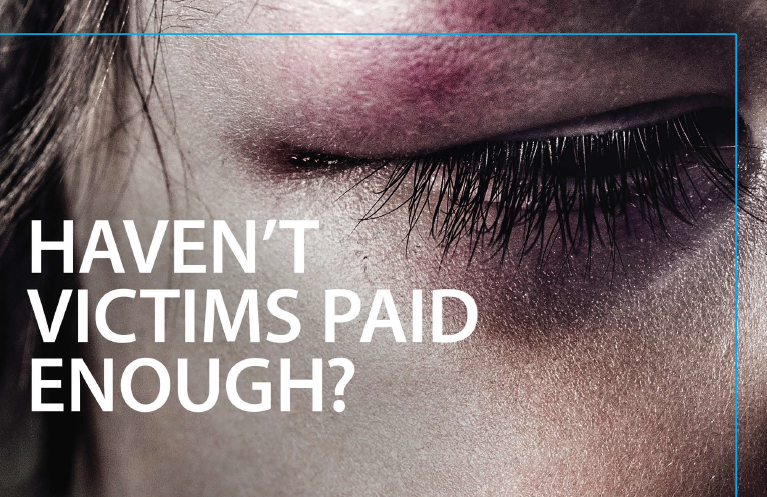 In California, victims of violence can receive financial support from the state to help cover a wide range of expenses, including medical bills, mental health services, relocation to a safer home, crime scene clean-up, and more. While the California Victim Compensation Program helps tens of thousands of people each year, some victims in need are deemed ineligible based on a number of controversial policies — the subject of my March 5 cover story, "Unfair Punishment Part One: Victim Discrimination."

Now, the state has launched several initiatives aimed at expanding its reach and increasing access to the compensation program. That includes a provocative new ad campaign targeting underserved communities and a broader review of the state laws that govern victims' reimbursement.

The posters, which are in English and Spanish, feature striking depictions of victims alongside basic information encouraging people to seek help from the Victim Compensation program. Some of the photographs are fairly graphic. "They might be a little shocking to people," Julie Nauman, executive officer for the program, told me. "This is what victimization looks like."

Here are a few examples, more below at the end of this post: The campaign began late last month and will continue through September with a possible extension into October, Nauman said. The aim of the campaign is to reach the cities with some of the highest crime rates in the state, including Oakland, Richmond, Antioch, and San Francisco. The state also selected those cities due to the fact that there are relatively low rates of Victim Compensation applications in those areas, despite the high levels of violent crime, she said.

"We believe there are underserved populations there," Nauman said. "Perhaps people just aren't aware of the existence of this program."

Part of the goal of the ad campaign — which cost roughly $75,000 and will reach an estimated 20 million people — is to depict "the real cost of victimization," she said. "The [ads] are perhaps different than traditional governmental outreach approaches. We have tried to make them noticeable."

Of course, an ad campaign can only go so far in reaching populations that have not typically benefited from the program, and lack of awareness of this financial aid is only one barrier to access.

To address some broader obstacles, the Victim Compensation program also recently launched a multi-year review of its practices and relevant state statutes.

Program officials are studying why people struggle to access its services, exploring the role of language barriers, cultural barriers, attitudes toward law enforcement, ignorance of the program's existence, and more, according to Nauman. The state last month also solicited feedback from the public through two open forums. The next phase of this review and "modernization" effort will involve establishing specific policy recommendations. Lawmakers could begin debating proposed revisions to statute in next year's legislative cycle, which begins in January, she said.

In my earlier feature story, I wrote about how state statute bars people on felony parole from accessing aid; That piece explored the case of one woman who was convicted of a non-violent crime and then denied compensation when she became a victim of domestic violence simply due to her previous run-in with the law. I also wrote about the lack of access for people who don't cooperate with police — despite the fact that some victims are in dangerous situations where talking to law enforcement can be a risky and difficult decision. Nauman said the state is now looking at both of these specific policies as part of its larger review.

"We want to make sure our statutes are keeping pace with the realities of the world we live in," Nauman said.

Here are more images from the program's new campaign: 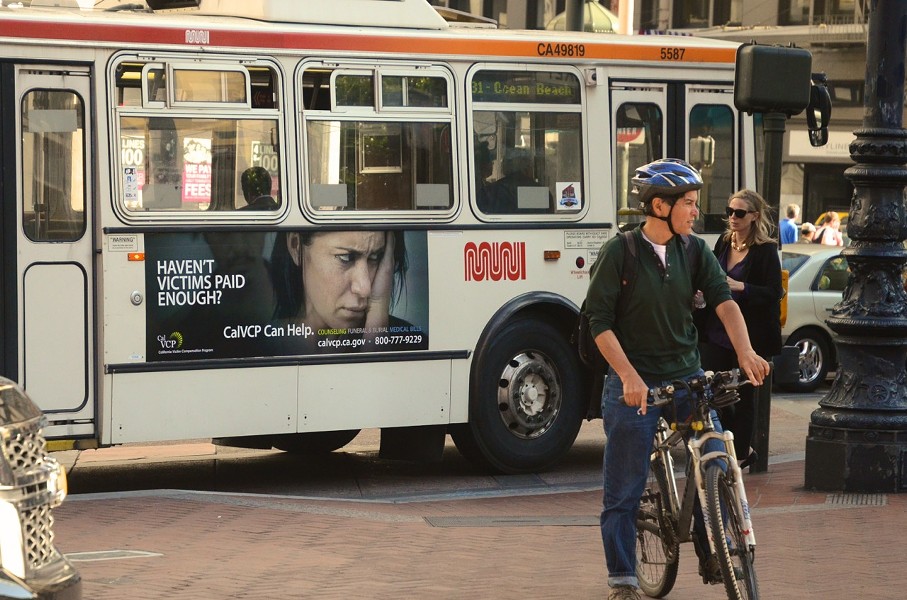 For more on the state's victim compensation system, read Part One and Part Two of my "Unfair Punishment" series.