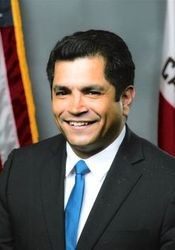 A bill in Sacramento could force the California Department of Public Health to modify birth certificates in California to be more LGBTQ-friendly. The legislation, AB 1951, would require all birth certificates to provide parents with a gender-neutral option rather than just the traditional mother and father ones.

Currently, California birth certificates have two options for parents — one labeled as “Name of Mother” and one “Name of Father.” This restrictive wording has forced same-sex couples to inaccurately define their status — for example, a lesbian couple may have to choose one partner to sign as the child’s father. If passed, AB 1951 would change birth certificates to simply label both lines as “Name of Parent”; following the parent’s name would be three boxes from which they could choose labeled “mother,” “father,” or the gender-neutral option “parent.”


AB 1951 was introduced by Assemblymember Jimmy Gomez in February and is sponsored by Equality California, a statewide LGBT advocacy organization. Since its introduction, AB 1951 has garnered support across the state. Several cities passed resolutions in support of the bill earlier this year, including Los Angeles and Berkeley.

According to Census data, there are a significant number of same-sex couples with children in California — more than 15,000. AB 1951 would establish parentage in LGBTQ families more clearly and accurately. Being listed on a child’s birth certificate allows parents to make decisions regarding their child’s healthcare and education, and other issues.

"Birth certificates establish real rights and responsibilities, and it's important to have them in sync with modern families," said John O'Connor, executive director of Equality California, in a press release. "Every child deserves a parent or parents who love them, and AB 1951 will give every child the dignity of respectfully and accurately representing them."

According to Equality California, the bill aims to “modernize” birth certificates as well as to make the definition of “family” more flexible. By providing a gender-neutral option, AB 1951 would also allow for transgender or gender-variant parents to accurately identify themselves on their child’s birth certificate.

AB 1951 is scheduled to be read by the state Senate this week. If passed, the bill would go into effect in 2016.