1. Oakland Councilmember Rebecca Kaplan officially entered the Oakland mayor’s race last night, and instantly became a front-runner in the contest. Kaplan has led mayoral polls that have included her as a candidate. In 2010, she came within about 2,000 votes of defeating Jean Quan, the eventual mayoral winner. Kaplan had said previously that she did not intend to run against Quan this year, but she told the Trib$ that she started to seriously consider entering the contest in April after the mayor suffered yet another series of missteps, including the loss of newly appointed City Administrator Fred Blackwell. 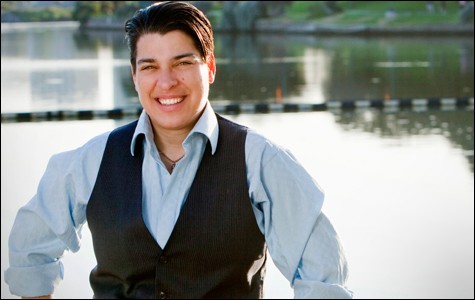 2. Oakland A’s co-owner Lew Wolff said the team is on the verge of signing a ten-year lease extension at the Coliseum, the Trib$ reports. Kaplan, who sits on the Coliseum Authority board, recently joined the lease talks with Wolff, along with county Supervisor Nate Miley. The Coliseum Authority is scheduled to take up the issue tomorrow.

3. The Richmond City Council voted to raise the city’s minimum wage to $13 an hour by 2018, the highest in the state, the CoCo Times$ reports. But labor groups criticized the new law because it exempts small businesses and allows businesses that "derive more than 50 percent of their income from transactions where the point of sale is outside the city" to pay a lower wage.

4. Longtime Oakland Councilmember Larry Reid said he is seriously considering retiring from office because of health issues, the Trib$ reports. Reid would leave office before his term expires in 2016, and said he would back his daughter, Treva Reid, to take his place. Former Councilmember Ignacio De La Fuente, who moved to Reid’s district after being trounced by Kaplan in 2012, said he might also run for Reid’s seat.

5. State lawmakers are proposing to repeal Prop 187, the anti-immigration measure approved by California voters two decades ago, the LA Times$ reports. Federal courts have already invalidated key aspects of the law but it remains on the books.

6. And gray wolves will receive endangered species protection under state law following a vote by the California Fish and Game Commission, the LA Times$ reports.