Last May, Oakland became the first US city to partner with Kiva.org, a global microlending organization that allows individuals to provide zero-interest loans to small businesses. One year later, city officials have announced the initial results of this partnership, which so far has supported three different Oakland businesses through a crowdfunding process.

City Attorney Barbara Parker and City Councilmember Libby Schaaf, who sponsored the Kiva resolution last year, promoted this loan model yesterday at OwlNWood, a clothing store in Uptown and one of the three recipients. The other two are Pollinate Farm and Garden, a Fruitvale general store that provides supplies for seed-to-table farming and gardening, and Loakal Art Gallery and Boutique, an art space Jack London Square (which was co-founded by the Express).

Oakland's partnership with the nonprofit utilizes the Kiva Zip program, which allows people to make direct loans to entrepreneurs that can be as little as five dollars. The concept is fairly simple — supporters can offer a loan that goes in full to the participating business, which then must repay it over time. At that point, the lender can get the money back or re-lend it to another entrepreneur through Kiva. This crowdfunding process resembles the very popular Kickstarter model, but in this case, the support is through a loan that gets repaid. Kiva says its repayment rate for US loans through the Zip program is 88 percent. 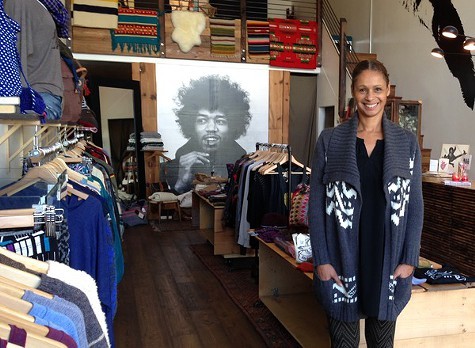 Through the municipal partnership, the City of Oakland "endorses" businesses to participate in the program, acting as a trustee, but does not guarantee the loans.

“Microlending has worked around the world to empower and create jobs and economic opportunity for small entrepreneurs and the communities they serve,” Parker said in a statement. “Oakland has extraordinary momentum and energy, and one of the main reasons for that momentum is small, local entrepreneurs. Just a few well-placed loans can spur tremendous economic growth in Oakland neighborhoods.”

As these first Oakland borrowers pay back their loans, city officials said they plan to endorse additional businesses to receive this crowdfunded loan support through an ongoing Kiva partnership.

OwlNWood's fundraising efforts are ongoing, with a goal of raising $5,000. Loakal and Pollinate Farm and Garden have both received their loans in full and are now in the process of paying them back.