Pittsburg city government will go back to the drawing board for another round of environmental review on a controversial proposal to build a giant crude oil rail terminal near downtown. Environmental groups and local organizations opposing the crude oil terminal proposed by developer WesPac declared a “huge victory” after City Manager Joe Sbranti announced at a city council meeting on February 18 that, based on the public comments the city received so far, city staff decided it needed more information for parts of the environmental review and wanted to give the public more time to comment. Therefore, the city is opening a new period of review. “The city, as the lead agency for the California Environmental Quality Act review, is committed to protecting the public and prioritizing safety,” Sbranti said.

Local project opponents celebrated the decision. “This is a good example of democracy in action: elected officials responding to a mobilized, empowered community,” said Lyana Monterrey, a Pittsburg resident who helped initiate local opposition to the project. 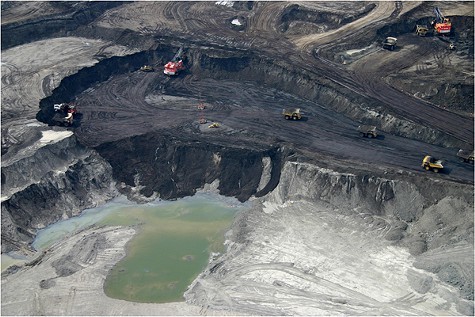 The proposed terminal would bring an average of 242,000 barrels a day of crude oil by barge and rail to a hub that would then supply area refineries. Residents’ initial concerns centered on the fear that the terminal would import dirty crude oil from Canadian tar sands, increasing the level of local pollution and risk of accidents in a city already identified as heavily polluted by the Bay Area Air Quality Management District. Concerns grew when trains carrying crude oil from North Dakota’s Bakken oil fields, the other likely source of crude for the WesPac project, exploded in a series of accidents last fall, and the National Transportation Safety Board issued a warning about the dangers of transporting crude oil by rail.

Environmental groups including the Sierra Club, Natural Resources Defense Council, and Communities for a Better Environment have also been fighting the project. “We are already seeing and feeling the impacts of climate disruption,” said Jess Dervin-Ackerman, conservation organizer for the Sierra Club’s San Francisco Bay Chapter. California should be adding clean, renewable energy, she added, “instead of increasing capacity for refining and processing more carbon-intensive fuels.”

At the city council meeting, Pittsburg Vice Mayor Pete Longmire commended the mayor and city manager for meeting with community groups and the staff for being responsive and transparent. “I also want to thank those who are being very vocal about how you feel,” he added. “You are not being ignored.”

When Mayor Sal Evola asked how long the new process might take, Sbranti responded, “We’re not putting a time on it. We need the studies to be complete and the process to be transparent.” At the end, he said, the city wants to be sure “we have taken our time and gotten it right.”

Evola also pointed out that developer WesPac must decide at this point whether to continue with the project despite the additional delay and request for more analysis.