1. A jury convicted two Oakland men of second-degree murder in the death former Oakland Tribune photographer Lionel Fluker, Bay Area News Group$ reports. Fluker, who also was a former freelancer for the Express, was killed by a stray bullet in East Oakland last year during a gun battle between Donel Poston, 37, and Joe McNeely, 38, both of Oakland. Poston and McNeely had claimed that they were shooting at each other in self-defense, but the jury concluded that they were attempting to murder each other when Fluker was caught in the crossfire. The two men face possible life sentences. 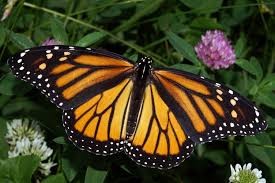 2. A massive and mysterious decline in the number of Monarch butterflies this winter in Mexico has biologists bewildered and concerned, the Chron reports. The population of butterflies — which are the same species that migrate to through California each year — in Mexico was just 5 percent of what it was twenty years ago. The butterfly population in Santa Cruz, California plummeted 90 percent between 1997 and 2009 — although it was up this year.

3. Freezing weather in December destroyed about one-quarter of California’s $2 billion citrus crop, the Associated Press reports. The drought also promises to hurt the crop next year.

4. Governor Jerry Brown criticized a Republican drought plan that would ship more water from the delta to San Joaquin Valley agribusinesses, calling it “unwelcome and divisive,” the LA Times$ reports.

5. A divorce lawyer from Oakland who was connected to the so-called Dirty DUI scandal was sentenced to two years in prison for tax evasion and illegally eavesdropping on the husband of a client, the CoCo Times$ reports. Mary Nolan had worked with private investigator Christopher Butler and Contra Costa law enforcement officials who had hired women to get husbands drunk and then arrested them for DUI.

6. And state regulators threatened to fine Treasure Island officials for allowing the massive Google barge to moor without proper permits, the Chron reports.