1. The Richmond City Council is considering a sales tax measure for the November ballot to help pay for road repairs in the city — but voters said in a recent survey that they would only approve the plan if it also funded public safety and youth programs, the CoCo Times$ reports. The half-cent tax would generate about $7 million annually and would allow the city to obtain $90 million in bond financing over three years. 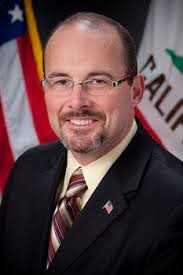 2. Both Republican candidates for governor this year have a long history of not voting. The Chron reports that GOP Assemblymember Tom Donnelly, a Tea Party favorite, hasn’t voted in nearly half the elections in the state since 1995. The Chron previously reported that Republican moderate Neel Kashkari, a former US Treasury Department official, hadn’t voted in nearly half the elections either. In 2010, GOP gubernatorial candidate Meg Whitman also had a history of not voting in elections.

3. GOP non-voting, however, likely will not impact Jerry Brown’s reelection chances one way or another, as the governor’s approval ratings are now at an all-time high, the LA Times$ reports. According to a new poll from the Public Policy Institute of California, 60 percent of state residents approve of how Brown is doing his job.

4. Despite a coroner’s finding that San Francisco fire trucks killed a 16-year-old Asiana passenger last year following a plane crash, the city is insisting that the girl was already dead when the trucks ran over her, the Chron reports. San Mateo County Coroner Robert Foucrault said it’s not surprising that the city is making that claim since it’s facing a lawsuit from the teen’s family, but he said the city’s assertion is “totally inaccurate” nonetheless.

5. And the 14-year-old Oakland boy who is suspected of shooting and killing his 17-year-old sister earlier this month has turned himself in to police, the Trib$ reports.