Over the past two weeks, seven homeless people have died in the Bay Area, all most likely a result of the cold weather. The deaths prompted students from UC Berkeley and San Jose State to join together and raise funds for hundreds of sleeping bags, which they will deliver next week before Christmas.

"Who knows how many have died that haven't been reported?" said Taliah Mirmalek, a UC Berkeley student who is helping to coordinate the drive. "It's very upsetting news. The sadness led to wanting to take action. ... This is everybody recognizing that every community has homeless community members."

The students have well surpassed their original fundraising goals. Details on how to donate below.

As of this writing, the students have raised $9,373 from 269 backers — more than three times their target.

The coordinators have already put in an order for 300 sleeping bags as well as 300 pairs of socks and 300 beanies, all of which they plan to distribute on December 20. Mirmalek said she hopes to purchase 300 more sleeping bags with the steady stream of donations that have continued to pour in. 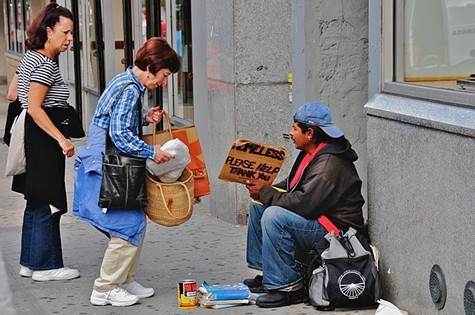 You can donate for the next two days through the GoGetFunding page here, and you can follow progress of the purchases and distribution at the group's Facebook page.

One hundred percent of the money collected will go to sleeping bags, socks, and beanies.