1. The state Assembly will hold a hearing next month to investigate the deaths of two longtime BART workers who were killed by a train operated by a management trainee during the recent strike, the CoCo Times reports. Lawmakers say they want to know why BART failed to change its track safety protocols after another worker was killed in 2008. The transit agency, in fact, didn’t change them until last week — after the most recent deaths. 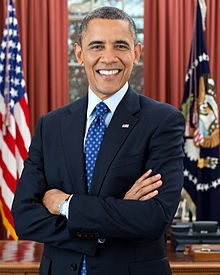 2. California’s Obamacare website is working fine and is not besieged with the problems that have been plaguing the federal website in other states. The reason is that California developed its own website. But the LA Times$ reports California officials are worried that state residents who don’t have insurance are avoiding the state’s website because of news about the problems affecting the federal website.

3. Hundreds of thousands of people nationwide, meanwhile, are receiving cancellation notices from their health insurers because their policies don’t include the required coverage mandated in Obamacare. The cancellation notices also fly in the face of a promise that President Obama made repeatedly that “if you like the [insurance] plan you have, you can keep it.” State and federal officials, note, however, that people whose policies are being cancelled can buy new ones on the new insurance exchanges.

4. California’s new Internet sales tax has produced $260 million in total revenues so far, Capital Public Radio reports (via Rough & Tumble). The tax also has not prompted online companies to leave the state, as some business leaders had warned. In fact, online giant Amazon.com, which led the fight against the sales tax, is continuing to expand in the state, the Chron reports.

5. And East Bay state Senator Mark DeSaulnier says he will launch legislative hearings into why the $6.4 billion new eastern span of the Bay Bridge was so expensive and took so long to complete, the CoCo Times reports.