1. Governor Jerry Brown said he will sign a bill that will allow undocumented immigrants to obtain driver's licenses in California, the LA Times$ reports. Brown, who had previously opposed such legislation, said he changed his mind because of “foot-dragging” in Congress on immigration reform. "Because Congress has been so slow, I think they need a good push, and that's what I think this Drivers License bill does," Brown said. "It says California recognizes these human beings are very important to our communities, to our economy and hopefully the people in Washington will get the message." 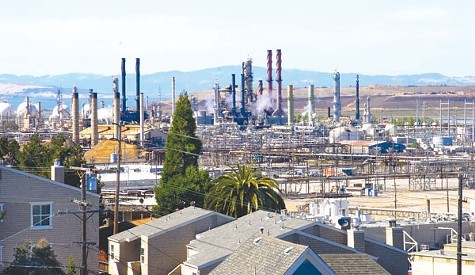 3. Governor Brown has yet to say whether he will sign legislation by East Bay Assemblyman Rob Bonta that would allow the City of Oakland to adopt gun-control measures that are stricter than state law. The legislation would allow Oakland to enact a citywide gun registration program as part of an effort to reduce gun violence.

4. An increasing number of hills neighborhoods in Oakland are hiring private security companies to patrol streets, the Chron reports. The trend coincides with an increase in burglaries and robberies in the city and the Oakland Police Department’s decision to focus on violent crime.

5. And the Lawrence Berkeley National Laboratory has tabled its plans to build a second campus in Richmond because of federal budget cuts and a decision by the Obama administration to transfer a major science contract to Stanford University, the Chron reports.