The California Legislature sent a bill this week to Governor Jerry Brown that would ban the use of lead ammunition in hunting to protect the state’s wildlife, including endangered condors and eagles. The state Senate passed Assembly Bill 711 by a vote of 23-15. The bill also passed the Assembly. It requires all licensed hunters in California to use non-lead ammunition by July 1, 2019. If the governor signs the legislation into law, California would become the first state in the nation to mandate the use of nontoxic bullets and shots for all types of hunting. 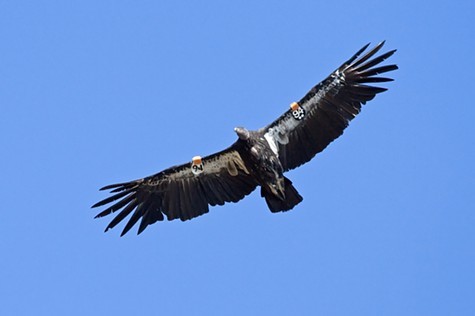 Although the US monitors and bans lead in gasoline, paint, and common household items, lead-based hunting ammunition is often overlooked. “Lead ammunition is one of the largest unregulated sources of lead knowingly put into the environment in the United States,” said Jeff Miller, conservation advocate at the Center for Biological Diversity. Wildlife often unknowingly consume spent lead fragments and particles by mistaking them for food or ingesting lead-poisoned carcasses, threatening not only their lives, but also the food chain.

This is not California’s first attempt to eradicate lead-based shots and bullets from the state’s hunting culture. The Ridley-Tree Condor Preservation Act was enacted in 2008 to prohibit the use of lead projectiles in parts of central and Southern California to protect endangered California condors.

Governor Brown has until October 13 to approve or veto AB 711.