1. Mayor Jean Quan said the city is launching a national search later this month to hire a new permanent police chief, the Chron reports. Interim Police Chief Sean Whent, who has been running the police department since Howard Jordan abruptly resigned in May, said he will apply for the permanent spot. Quan said the city will also spend $100,000 on a headhunting firm to help find a permanent chief. 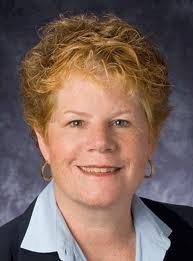 2. BART managers, who have attempted to portray union workers as being greedy, are themselves among the highest paid transportation officials in the nation, the Chron reports. BART’s General Manager Grace Crunican makes $323,000 a year plus a lucrative benefits package while her top deputies pocket about $200,000 annually.

3. AC Transit drivers, mechanics, and other employees rejected a tentative contract deal with management, the Trib reports. The union rank-and-file members voted 576-257 against the deal, meaning that union leaders will have to negotiate a new pact.

4. The state legislature is on the verge of giving the California Coastal Commission the power to levy fines against people and businesses that violate coastal environmental laws and regulations, the LA Times$ reports. Currently, the commission must take scofflaws to court to obtain monetary sanctions. Business groups, however, oppose the legislation.

5. And conservatives have launched a ballot-initiative drive to overturn a state law that requires schools to allow transgender youth to use bathrooms and locker rooms that correspond to the youth’s sexual identity rather than his or her physical sex, the LA Times$ reports.