Who Are California's Richest Congressional Representatives?

As you may have seen, in this week's paper, we published a great read by Will Evans about which California congresspeople are members of the One Percent, based on their net worth. And now, for all you visual learners out there, journalist and Express freelancer John C. Osborn — aka @Bayreporta — has made an awesome, interactive map to go along with the story, which he published on his blog, The Classist earlier today. 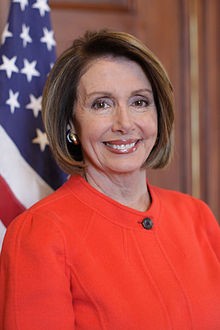 John used public data (found via the Center for Responsive Politics) to create a zoomable, layerable, sortable map showing which congressional districts are governed by representatives with more than a million dollars in net worth, as well as which are represented by actual, official One-Percenters, according to the definition put forth by the economist Edward Wolff: a net worth of $8.2 million or greater. (Spoiler alert: it's a lot!). Map nerds, data geeks, and money-in-politics obsessives, have at it.