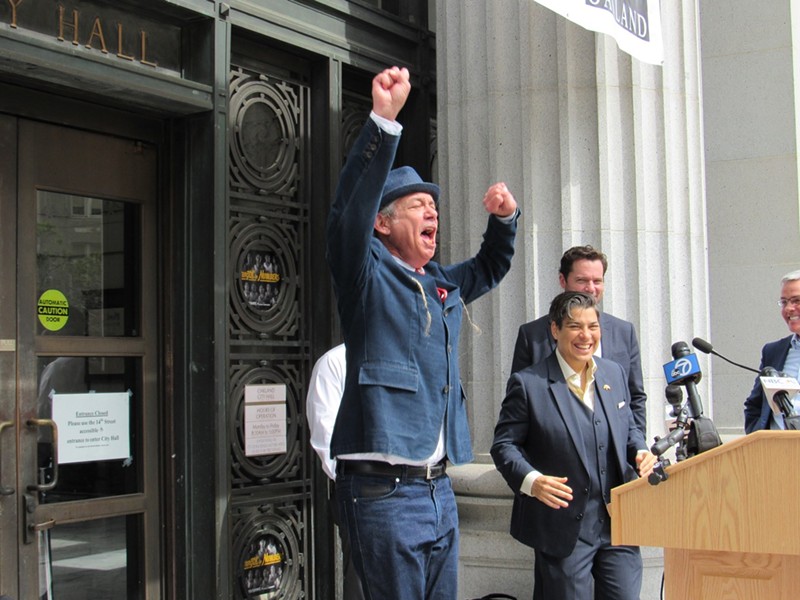 Each defendant in the consolidated appeal cited 2014 Congressional law that de-funded the federal war on medical weed. The Appeals Court agreed: a plain reading of the so-called "Rohrabacher-Farr Amendment" prevents the Department of Justice from “interfering” in state medical pot systems.

“Congress has enacted an appropriations rider that specifically restricts DOJ from spending money to pursue certain activities,” the appeals court stated, in an opinion by Judge O’Scannlain filed August 16.

“DOJ argues that it does not prevent the Medical Marijuana States from giving practical effect to their medical marijuana laws by prosecuting private individuals, rather than taking legal action against the state. We are not persuaded.”

The Court found: “For the foregoing reasons, we vacate the orders of the district courts and remand with instructions to conduct an evidentiary hearing to determine whether Appellants have complied with state law.”


If those defendants can prove they were legitimate under California’s then-murky rules, they could be free citizens, under the 2014 Congressional rider which reads,


“None of the funds made available in this Act to the Department of Justice may be used, with respect to the States of Alabama…California, …to prevent such States from implementing their own State laws that authorize the use, distribution, possession, or cultivation of medical marijuana.”


The rider passed with even more bipartisan support in 2015, adding Guam and Puerto Rico.

Some Other Key Highlights of The Ruling:
Legal Shield
Every lawful dispensary owner has a legal shield in federal court. Rep. Rohrabacher has been calling prosecutors “rogue” and noting they could be charged under the federal Anti-Deficiency Act.

“We therefore conclude that, at a minimum, § 542 prohibits DOJ from spending funds from relevant appropriations acts for the prosecution of individuals who engaged in conduct permitted by the State Medical Marijuana Laws and who fully complied with such laws,” the court found.

"Finally, the Ninth Circuit is providing clarity and overruling a number of district court judges that were ignoring the will of Congress,” he said. “This decision indicates that the federal government should stop its attack on state-legal cannabis providers and allow the states to create and implement frameworks that serve the medical needs of their citizens.”

"Individuals who do not strictly comply with all state-law conditions... have engaged in conduct that is unauthorized, and prosecuting such individuals does not violate [federal law]"

This Is a Big Effing Deal. It Sets Precedent Across the Circuit

The Feds Overstepped
Prosecutors had been arguing that Rohrabacher-Farr only prevents them from interfering with state officials not private actors. The Court was not persuaded.

Wrap it up, B!
Defendants have a right to a speedy trial, and the Court reminded prosecutors to wrap it up.

“We note the temporal nature of the problem with these prosecutions. The government had authority to initiate criminal proceedings, and it merely lost funds to continue them. DOJ is currently prohibited from spending funds from specific appropriations acts for prosecutions of those who complied with state law. But Congress could appropriate funds for such prosecutions tomorrow. Conversely, this temporary lack of funds could become a more permanent lack of funds if Congress continues to include the same rider in future appropriations bills. In determining the appropriate remedy for any violation of § 542, the district courts should consider the temporal nature of the lack of funds along with Appellants’ rights to a speedy trial under the Sixth Amendment and the Speedy Trial Act, 18 U.S.C. § 3161.5”

“But Congress could restore funding tomorrow, a year from now, or four years from now, and the government could then prosecute individuals who committed offenses while the government lacked funding. Moreover, a new president will be elected soon, and a new administration could shift enforcement priorities to place greater emphasis on prosecuting marijuana offenses.”