The third annual competition drew about 24,000 to the the state’s leading concentrate and paraphernalia contest, sources say. It took place two hours outside of Los Angeles at the San Bernardino County Fairgrounds.

Hundreds of cannabis brands sprawled across dozens of acres of buildings, lawns and lots that baked in the 95-degree heat. After three days of expos and music, event organizers announced the winners of the product contest, which featured hundreds of entries.

Grand prize for flower went to Do-Si-Dos from Pin High Farms. The trophy adds to the well-deserved hype over the indica hybrid, which has Girl Scout Cookies roots. Pin High Farms' Do-Si-Dos took first in Indica flowers as well. 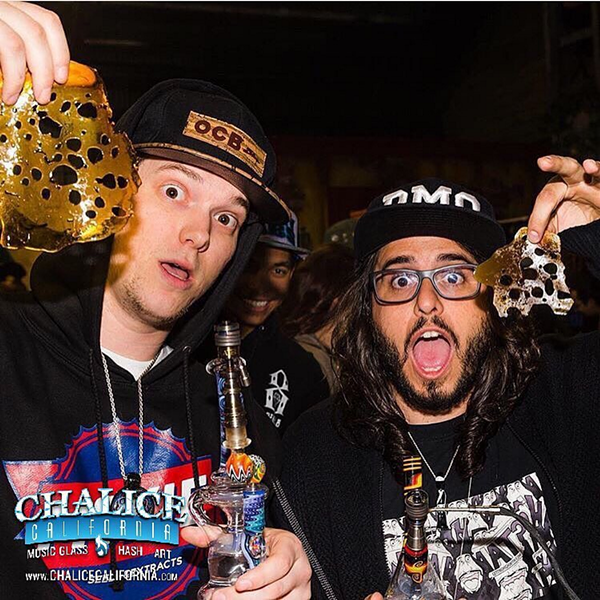 Our story in print this week highlights the schism between solvent hash’s popularity and its quasi-legality. Attorneys advise hash-makers to eschew explosive chemicals until they can get a local permit.

Citrus notes jumped out for judges all across the Chalice contest this year. A "Sumo Tangie" won first in sativa flowers (from Cali Kush Farms). A super-terped out Super Lemon Haze took first in fractional distillation (from Capna Labs).  A Clementine also took first in solvents (made by WEED.RAR), while a Strawberry Banana Sherbert from Proper/DNA took first in non-solvents.

The organizers Hitman Glass' next event is called "Happy Place Festival" — "An event ... Focusing on the Live & Visual Art perspective with a Cannabis & Hash accent" with location and date to be announced.