June 28, 2016
2 comments
The City of Richmond stands to reap millions of dollars each year after green-lighting a large expansion of licensed commercial medical cannabis activity this June. 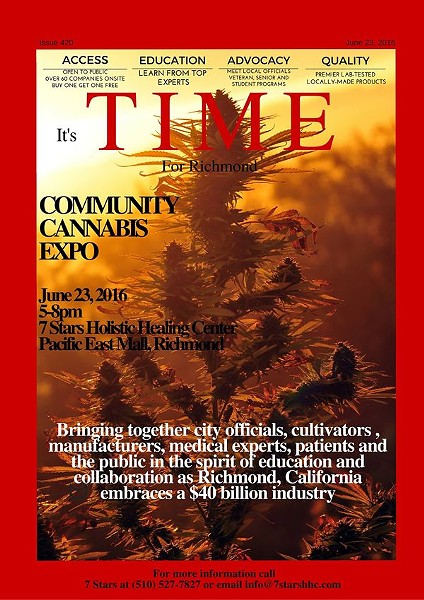 Starting last Friday, Richmond will not cap permits for commercial cannabis gardens, as well as edibles kitchens. Richmond could collect a minimum of $1 million per year with a 5 percent sales tax on activity that would otherwise go un-taxed.

"We're going to be in full tax-collection mode," Mayor Tom Butt told the Mercury News. "We want the money."

Richmond has a $12 million budget deficit, and is now open for canna-business, with less red tape than nearby city Oakland, which also green-lit an industry expansion, but with onerous permitting rules.

By contrast, Berkeley or Emeryville does not permit licensed gardens or kitchens. At the back of the pack is Contra Costa County and Alameda County, which still ban most legal medical cannabis activity.

Richmond will use zoning rules to corral the cannabis industry into light industrial zones, and requires lengthy security and safety plan review by local officials.

All energy used by the Richmond cannabis industry must be 100 renewable to be eligible for a permit — a major environmental win.

Richmond’s handful of licensed dispensaries will also be able to apply for a second permit to grown their own supplies. 7 Stars Holistic Healing Center in Richmond held a Community Cannabis Expo on Thursday.