March 25, 2016
comment
Springtime is here, and with it a heat wave of medical cannabis events.

Former High Times editor and Cannabis Cup inventor Steve Hager is hosting the “1st Annual 420 Eve" on April 19 at a gorgeous private home in San Rafael.  A lavish banquet, concert, and awards ceremony for the best Bay Area marijuana strains will accompany Steve’s premiere of the trailer for his upcoming documentary, Treasure of the Holy Grail.

And don’t forget to grab one of the hottest museum tickets in 2016 for “Altered State: Marijuana in California.” The exhibit opens at the Oakland Museum of California on April 16. 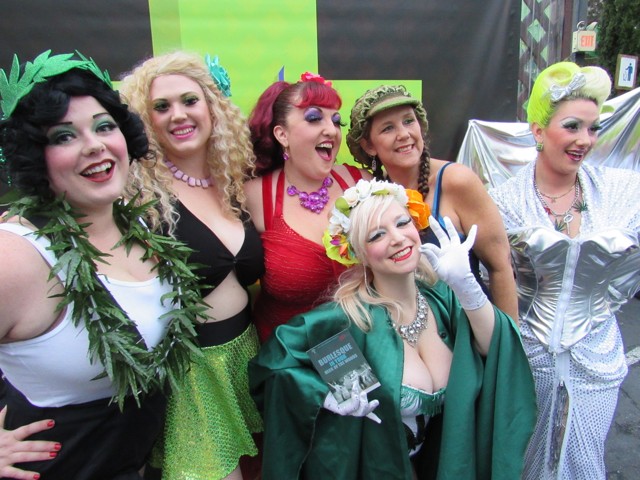 Speaking of the arts, on April Fool’s Day Mendocino activist and comedian Sherry Glaser will perform Taking the High Road: Comic Confessions from Behind the Cannabis Curtain at the Finley Community Center, 2060 West College Avenue in Santa Rosa. This show benefits the Sonoma Chapter of Americans for Safe Access.

But before all the 4/20 shenanigans, there’s work to do:

For North Bay residents looking for more medical cannabis info check out the education group ShareFax's event Independence, which is billed as “a mature perspective on health and cannabis.” Independence will feature NORML deputy director Paul Armentano, and Americans for Safe Access medical professional of the year Dr. Jeffrey Hergenrather. The event is Sunday, April 10 from 1:45 to 4 p.m. in Burgar Hall at the Fairfax Community Church at 2398 Sir Francis Drake Boulevard in Fairfax.

Also in Berkeley, pot farm-to-table delivery app Flow Kana has partnered with the Berkeley Humane animal shelter to donate $1 from every jar purchased to Berkeley Humane.

The California Cannabis Industry Association (CCIA) will host their 1st Annual Policy Conference on Tuesday, March 29 at the Sheraton Grand in Sacramento.

Correction: the original version of this article incorrectly spelled Mr. Steve Hager’s name as “Hagar.” And the Bloom Job Fair will be held on April 10, not April 16.