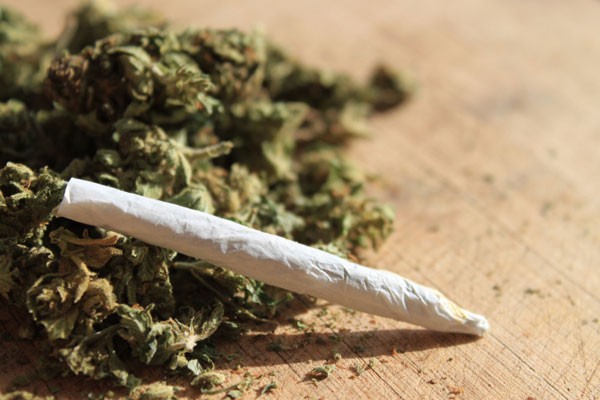 Californians who support ending pot prohibition are not only facing swing voters, conservatives, and stoners against legalization this year, but they now also find themselves up against anti-tobacco officials, who aired their issues with the state's leading initiatives yesterday.

In a new paper, researchers at UC San Francisco argue for Orwellian-style pot legalization: legal, but subject to unprecedented restrictions; and a multibillion-dollar propaganda campaign to stigmatize the herb and its users.


Leading legalization initiatives already contain tens of thousands of words of regulations, and existing medical regulations are about 30,000 words long.

In the new paper called, “A Public Health Analysis of Two Proposed Marijuana Legalization Initiatives for the 2016 California Ballot: Creating the New Tobacco Industry,” Rachel A. Barry and Stanton A. Glantz, at the Center for Tobacco Control Research and Education, argue for tougher pot rules compared to those on prescription drugs, motor vehicles, alcohol, sugary or fatty foods, or guns.

— banning freedom of public assembly where cannabis consumption would be allowed

— curbing First Amendment rights in California to write about marijuana

— placing the regulation of the multi-billion industry, responsible for tens of thousands of jobs, in the hands of a few officials dedicated to eliminating pot use.

“Separate medical and retail markets, with different rules, creates complexity that favors large corporate interests, so it is important to create a unitary market in which all legal sales are through a single retail market."

On cutting industry input out of regulations:

“The regulatory licensing authorities defined in the pending marijuana legalization initiatives are agencies whose primary goals are to create a competitive marketplace for businesses, not protect public health.”

On working to stigmatize cannabis users:

“California use of tobacco, a legal product, has been dropping while use of marijuana, despite being illegal, is rising. The most efficient way to minimize marijuana use would be to use funds from taxes on marijuana sales to implement a marijuana prevention and control program … focused on reinforcing the nonsmoking norm… ; … Countering pro-marijuana influences in the community; … Reducing availability of marijuana and marijuana products; and promoting and supporting services that help marijuana users quit.”

On banning public places where adults can use cannabis together:

“... local and state smoke-free laws would not contain exemptions for indoor use in hospitality venues, marijuana retail stores, and marijuana clubs.”

— half of cannabis packaging be devoted to warnings like “increased risk for addiction, cancer, reproductive toxicity, cardiovascular disease, respiratory, and neurological problems (long-lasting detrimental changes in brain function) … The labels would be large (at least 50% of packaging) on front and back, and not limited to just the sides.”

— state approval of all cannabis marketing. “Advertising and marketing statements and claims should be evidence-based and approved by the Department of Public Health. Marketing claims about the product improving sex, energy, sleep, weight reduction, vitamin supplements, among other health-related claims that would increase product appeal should be prohibited.”


In essence, anti-tobacco officials think cannabis should be treated exactly as if the United States were going back in time and first legalizing tobacco, even though the two are vastly different in terms of major health factors like addiction and cancer, said Paul Armentano, deputy director of NORML, on AirTalk yesterday:


"Again, we need to provide some context in this conversation.

Marijuana is not tobacco and marijuana is not alcohol. Tobacco is one of the leading causes of preventable death in this country. Marijuana doesn’t register on the radar screen. Alcohol contributes to four percent of all mortality worldwide, again cannabis does not show up on the radar.

The long-term effects on respiratory function and particularly on cancer that see directly association to tobacco smoke exposure we do not those same significant adverse effect in individuals that are exposed even to long-term marijuana smoke exposure.

While there may be some similarities in the composition of the combustive smoke itself, there are significant chemicals in tobacco versus marijuana and they do seem to have disparate effects on health."


This "fanatic" nanny state is not likely to be implemented soon, wrote Dale Gieringer, with California NORML.

"If you're into heavy-handed public health regulation, Stan [Glanz]'s your man. The report vastly inflates the health hazards of smoked marijuana, but concedes that it shouldn't be criminalized. Rather, it calls for stigmatizing it as much as possible," he wrote. "Fortunately, their ideas are unlikely to go anywhere, except in the remote possibility that Michael Bloomberg is elected president."

In related news, anti-tobacco groups are again working to define any device that vaporizes or aerosolizes any plant as “smoking,” ignoring any known or future scientific differences between the two.

Pending bill AB 6 defines: '"smoking' as inhaling, exhaling, burning, or carrying any lighted or heated cigar, cigarette, or pipe, or any other  lighted or heated tobacco or plant product intended for inhalation, whether natural or synthetic, in any manner or in any form. Includes the use of an electronic smoking device  that creates an aerosol or vapor, in any manner or in any form, or the use of any oral smoking device for the purpose of circumventing the prohibition of smoking.”