October 16, 2015
12 comments
The activists working to legalize cannabis in California in 2016 are running behind schedule and remain seriously divided. We are 388 days before Californians are likely to go to the polls and vote on some form of end to the war on marijuana in the Golden State.

The Secretary of State advised reformers to file their ballot language by July 7 and begin signature-gathering by September 10. What was once the leading group, ReformCA, submitted its language in October, but has not begun signature-gathering. The group also failed to show sufficient campaign finances. 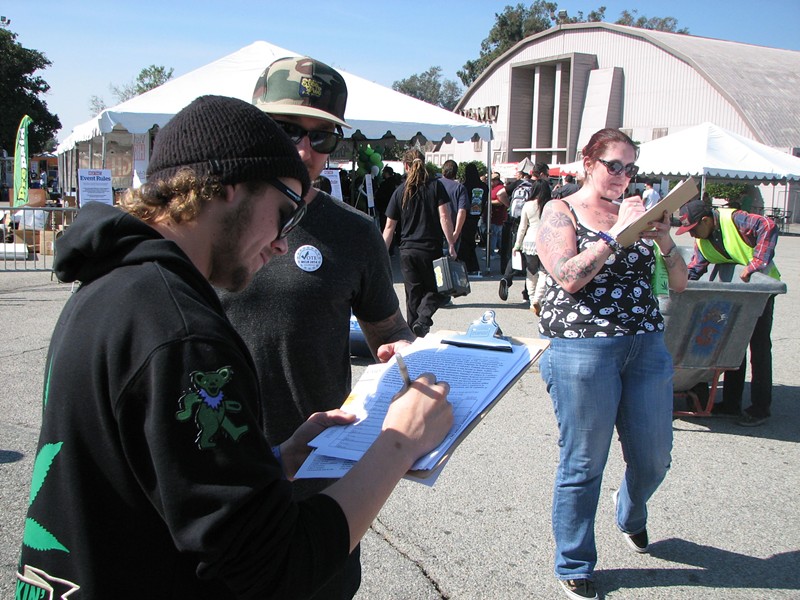 “[ReformCA] just submitted language written after the passage of [California Medical Marijuana Regulation and Safety Act] and taking that into account, and we are seriously proceeding to get that on the ballot,” Gieringer said.

But the release of ReformCA’s long-awaited language has been anything but ideal. Major partners Drug Policy Alliance and Marijuana Policy Project stripped their logos from ReformCA’s website.

And reports indicate that Oakland-based ReformCA may be upstaged by a new player on the legalization scene — technologist turned philanthropist Sean Parker, who founded Napster and was an early supporter of Facebook. Parker’s group is reportedly drafting its own language.

“We expect there will be a couple of other proposals, too, to appear in the next couple or three weeks,” Gieringer said.

Parker has the money needed to get legalization on the ballot and run a campaign, and his efforts are pulling groups out of ReformCA’s orbit. Parker’s language, plus ReformCA’s proposal and the half a dozen other long-shot initiatives promise to confuse some voters and could sabotage all their efforts.

In January of this year, veteran campaign manager Bill Zimmerman — who ran Prop 215 — warned reformers that if they overreach when drafting language and remain divided, opponents could "smell blood and mount a campaign" with multimillion-dollar television ads.

"Our opponents will jump on our disagreements," and will tell voters that "protecting kids and public safety is so difficult that even legalization activists can't agree how to do it," he added. "That argument would be devastating to the voters we need to target.

History tells a different story. In 2010, Prop 19 campaigners faced a united front of cops, lawmakers, business and churches on the right, and an insurgency of stoners and growers against legalization on the left.

Support for legalization hovers at around 52 to 54 percent, but opponents will find it all too easy to convince 'Goldilocks voters' each proposal is either too restrictive or too loose.

"History is full of [initiatives] with more support [than marijuana has now] that lost," Zimmerman said back in January.

“Hopefully, there will be updated language. People have been encouraged to submit their comments. We’re feeling good about the language we have at ReformCA. People can take a look at it and the other language and are welcome to submit some of their own.”